Apple has reportedly brought Samsung Electronics to court claiming the Korean company copied the iPhone and the iPad.  Apple is alleging the Galaxy line of phones and tablets infringe on the company’s patents and trademarks.

The suit was filed in a U.S. District Court in Northern California, alleges intellectual property rights violations ranging from patent and trademark infringement and unfair competition.

Although this is quite a surprising development, Samsung should have seen it coming.  It does not take much imagination to see that Samsung’s Galaxy line of products have similarities with Apple’s widely popular iPhone and iPad devices.   As to whether these similarities are enough to rule that the products are confusingly similar, or that Samsung has purposely copied Apple’s devices to ride on their popularity, only the court can say.

Samsung claims that it will actively defend the legal action.

This is an comparison of the iPhone and Samsung Galaxy S as rendered in Apple’s complaint. 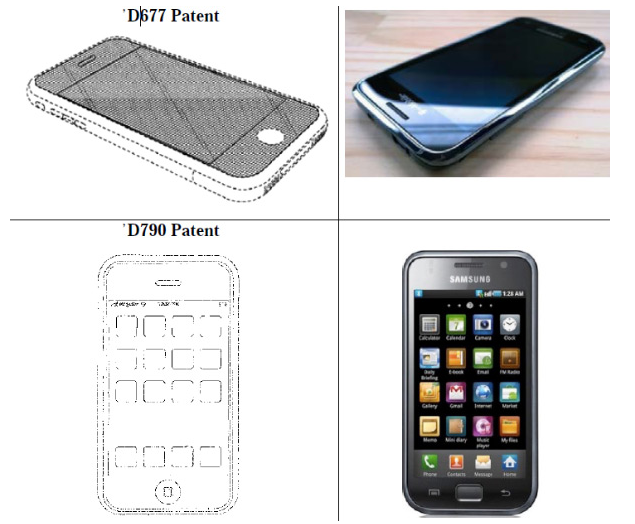 Photo courtesy of All Things D.