There’s no dearth of rumors regarding the arrival of the iPhone 5 this year but until those rumors become reality, we have to deal once in a while with mockups and concept designs like the one above.   The photo looks like a page taken straight from the Apple website but it’s actually just a mockup of the iPhone 5 done by ADR Studio.

The mockup isa called the iPhone 5 SJ and the creator says it is has a capacitive touchscreen on a polycarbonate lightweight body.  It’s supposed to run on an A6 dual-core chip and feature a 10-megapixel shooter.   The letters SJ on the name supposedly comes from Steve Jobs.

The mockup takes a lot from the design of the current iPhone 4 and iPhone 4S so no one can say it’s far from how Apple will envision the iPhone 5.  ADR’s version is quite good and I would buy something that looks like it but if past rumors were to be believed, the iPhone 5 will sport an aluminum back, but then again it’s also just a rumor.   Personally, as long as the next iPhone will have a bigger screen, it will be enough.  The 3.5-inch display on the current iPhone is simply insufficient. 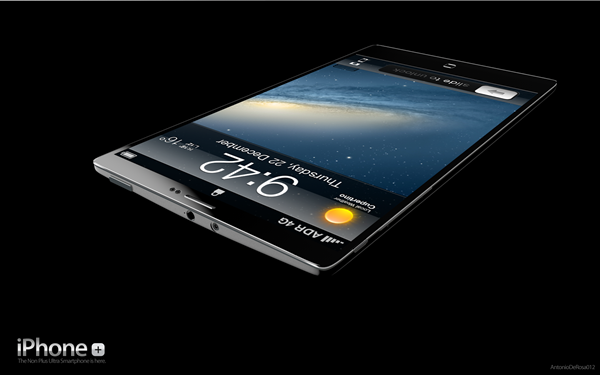 iPhone Plus: Another iPhone 5 Design Concept