I have not owned a tablet before – not an iPad, not an Android tablet.  I haven’t had the urge to buy one and I didn’t see the need to own one.  They’re expensive for a device I wouldn’t be using much.  But the upcoming Asus MeMo 370T Android tablet could be my first tablet.

The Asus Memo 370T was revealed at the recently held CES 2012 and it was one of the newsmakers in the event, not because of any groundbreaking technology but because of the announced price.  The Memo 370T is a 7-inch tablet with a Tegra 3 quad-core CPU and Ice Cream Sandwich operating system but according to Asus, it will retail for only $249!  That’s about P10,750, the price of an entry level Android phone but of course, the price could be a little higher when it reaches the Philippines.

Ice Cream Sandwich is of course the newest version of Android and from my experience with the Galaxy Nexus, the OS is amazing. It’s like an entirely new OS and I can imagine using it on a tablet like the Memo 370T.  Tegra 3 is the quad-core CPU offering from Nvidia and has been demoed quite often, and is in fact the CPU running on the Asus Transformer Prime.  If you think dual-core is fast, quad-core should be blazing fast. The Memo 370T’s display has a 1280X800 resolution and is equipped with an 8 megapixel camera so you know that the tablet is going to be a steal at $249.  I’m curious as to how Asus will be able to pull it off. 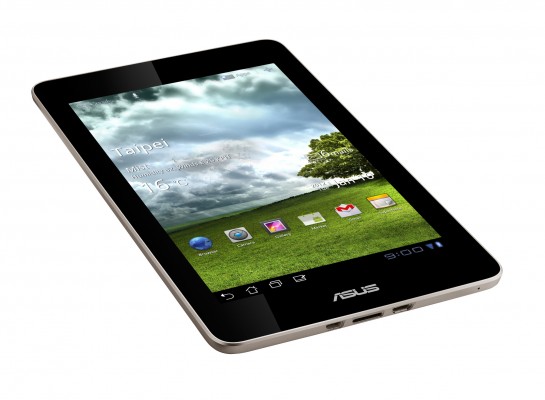 The Asus MeMo 370T will be competing against the Amazon Kindle Fire but the Fire is somehow limited.  The Asus Memo 370T, on the other hand, is just like any full-fledged Android tablet with an access to the Android Market. For a price difference of $50, anyone will quickly choose the Asus Memo 370T over the Kindle Fire.

Asus said the tablet will be launching during the second quarter of 2012.  I’m excited.

Here’s a hands-on video from Phandroid.