We all know that the upcoming movie The Bourne Legacy is currently filming in the Philippines.  We know this from the news and from the massive web buzz on social networking sites.  But in case you have been hiding under a rock, the cast and crew of The Bourne Legacy are in the Philippines to shoot a few scenes for the movie.  Jeremy Renner, Rachel Weisz and Edward Norton are part of the cast.  The film crew are still shooting in Metro Manila but they’re scheduled to do scenes in Palawan according to reports.

Even if the movie is still not finished, the studio behind it is already promoting the film.  A teaser trailer has just been released online by Universal Studios, the film outfit behind The Bourne Legacy.   The teaser is short but it effectively sets the tone for the movie.  I can see that this film is going to be action-packed like the previous three Bourne films.  And in case you didn’t know, the story is no longer about Jason Bourne but a different character.

There’s nothing on the trailer yet that shows scenes shot in the Philippines.  I’m sure some will be included in the full trailer.  The movie is scheduled for theatrical release on August 3, 2012. 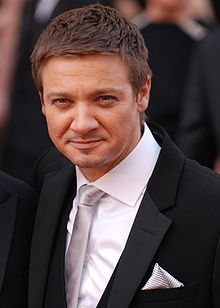 Bourne Legacy to Shoot in the Philippines, Now Trending on Twitter