Huawei to Unveil the 6.1-inch Ascend Mate Handset at CES

The Samsung Galaxy Note II has a huge 5.5-inch display.  Under this size, the device is still surprisingly easy to use and is still quite handy as a main phone.  But what if the handset is bigger than 5.5 inches, like the soon to be launched Huawei Ascend Mate that has a display that measures 6.1 inches? Will it still be comfortable to use considering that the size is practically already within tablet category? 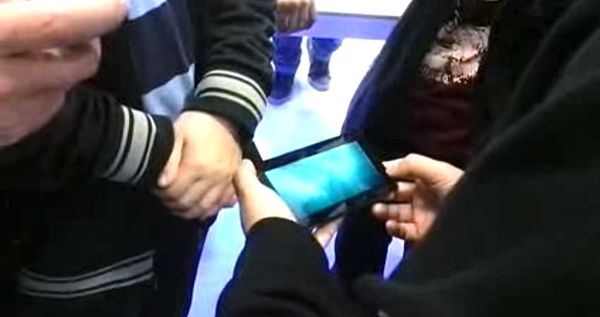 Huawei apparently believes there’s a market for a phone bigger than the Galaxy Note II.  If Samsung’s 5.5-inch phone can be a huge hit, Huawei surely wishes its 6.1-inch phone will be just as successful.  There’s nothing much known about the Huawei Ascend Mate but a few details have already been revealed, like the fact that the handset’s 6.1-inch display will have a low temperature polysilicon display with 1080p full HD resolution (361ppi).  Photos, videos and games should look stunning on this handset.  Anything less impressive would be a real disappointment.  Other details include the use of a 1.8GHz HiSilicon K3V3 quad-core chip, a 4,000mAh battery, 9.9mm thickness and a possible price tag of less than $500.  The official details and specs will be revealed at the upcoming CES event.

Here’s a video of the Huawei Ascend Mate being shown off to the press.