The HTC One Mini has just been made official and the leaks are mostly right.   The HTC One is one of the best Android smartphones around and widely considered as an equal of the Samsung Galaxy S4.  Its fantastic aluminium finish makes it stand out from the rest of the Android smartphones in the market.  However, the HTC One has a 4.7-inch display and believe it or not, there are those who still prefer smaller displays.  I’m one of those who prefer a smaller, more manageable smartphone, that’s why my main driver is the iPhone 5.  It’s therefore nice that HTC came up with the One mini.  Although Samsung has the Galaxy S4 Mini, the HTC One mini is still more attractive.

The HTC One Mini, like the Galaxy S4 Mini, does not have all the best things that made the bigger phone popular.  For instance, the processor on the HTC One Mini is a 1.4GHz Qualcomm Snapdragon 400 dual-core processor and 1GB RAM instead of the quad-core CPU and 2GB RAM on the HTC One.   The HTC One Mini has a 4.3-inch S-LCD display with 1,280×720 resolution that translates to 341ppi.  It has 16GB internal storage with no expansion slot, 4-megapixel “Ultra Pixel” camera, LTE and BoomSound speakers also present on its bigger brother.   It dropped NFC connectivity though. 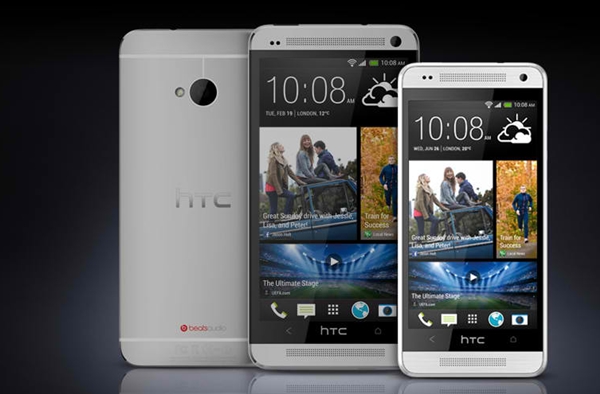 Available in Glacial Silver and Stealth Black, the HTC One mini will be released in select markets from August and rolled out globally from September.  There’s no word on pricing at this point but I’m guessing this will be priced below P20,000 in the Philippines.

Below are the main specs of the HTC One Mini.