Motorola recently unveiled the Moto X handset. It’s the first Android phone where Google took an active role in terms of design and product direction.  In a sense, therefore, it’s the first ever Android product from Google.  There is the Nexus line of devices but products under this line are collaborative efforts between Google and a third party manufacturer.  The Moto X, on the other hand, is made by a Google-owned Motorola.

What does the Moto X look like and what are the main specs?  Is it good enough to be considered a top-tier phone the same way the Samsung Galaxy S4 and the HTC One are classified? Let’s review the specs and features of the Moto X.

First off, here are the main specs of the Moto X at a glance.

The design is where the Moto X has an advantage over the flagship Android phones from other manufacturers.  The Moto X is highly customizable as users are given the option of choosing from different colors.  Users can select from 2 front colors, 18 back cover colors and 7 accent colors.  That translates to a total of 504 possible combinations.  What’s more, Motorola gives users two weeks to replace the customized handset if you are not satisfied with the color combination you picked. 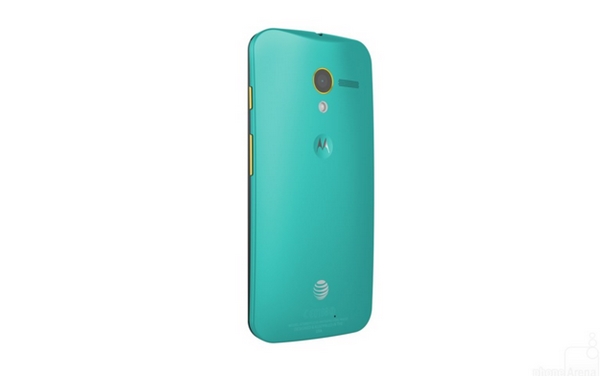 In terms of appearance, the Moto X looks nice but it’s not the best looking handset around and it’s not the slimmest either.  It’s not even as premium looking as the HTC One.  The Moto X is made of two pieces of plastic and the shape of the back is curved, making it comfortable to hold.  The thickness is not uniform.  It measures 5.6 mm on the thinnest part and 10.4 mm on the thickest which is at the top part.  The Moto X weighs 130 grams or as light as the Samsung Galaxy S4.

This promo video shows how customizable the Moto X is using the Moto Maker.

While others aim for full HD 1080p displays, the Moto X features a lower resolution 4.7-inch 720p HD display. According to Motorola, the display choice is dictated by the need to extend battery life and 1080p is not that discernable from 729p anyway.  This is true in my opinion since at the size of 4.7 inches, the display of the Moto X will still look sharp.  The Moto X still manages a pixel density of 316 pixels per inch any way. 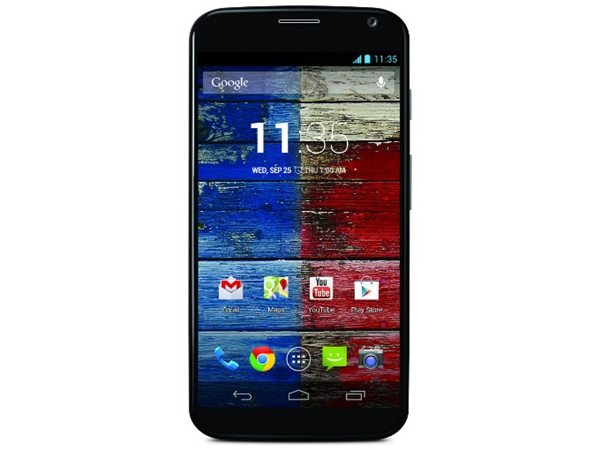 The Moto X uses an AMOLED screen with a standard RGB pixel arrangement. According to Motorola, they chose AMOLED since the phone has features that use selective screen highlighting.  If you know how good AMOLED displays are, you’ll more or less have an idea how good the display on the Moto X will be.

The Moto X does not use quad-core CPU.  That definitely disappoints a lot of people but maybe this is Google’s way of telling us it’s not about the number of cores, it’s really about performance.  The Moto X uses a 1.7GHz dual core Snapdragon S4 Pro CPU but the performance should impress since Motorola used what it calls an X8 Mobile Computing System. This system means that the Moto X uses eight cores all in all – two are CPU cores, four GPU cores of the Adreno 320, a dedicated natural language processing core and a context computing processor.  The Moto X uses 2 GB of RAM to complement the X8 system.  If I were to guess, the Moto X will still churn out a blazing fast performance.  I seem to agree that it’s not about the number of cores, it’s about how performance is handled.

The Moto X offers 16GB and 32GB variants.  There is no microSD card slot, so that means the memory is not expandable.  This once again disappoints a lot of people and that includes me.  However, Google is offering free cloud storage, which should at least mean something.  The Moto X comes with two-years of free 50 GB Google Drive storage.

HTC has Ultra Pixel technology, Motorola has Clear Pixel. The Moto X uses a 10-megapixel sensor for its rear camera.  The Clear Pixel technology is heavy on low-light shooting ability and it can shoot 1080p videos.  There is also a front-facing camera, which has a resolution of 2 megapixels.  Motorola trumpets the 1.4-micron pixels on the Moto X which is supposed to be better than the 1.12-micron pixels on the Galaxy S4 and Sony Xperia Z, both of which use 13-megapixel sensors. The Moto X also features RGBC technology that allows up to 75% more light than the other sensors.

On the software side, the Moto X uses a shake gesture that quickly launches the camera app.  There are also other camera UI enhancements not previously seen on other Android handsets.

Here’s a video showing the new camera gesture on the Moto X.

Motorola is owned by Google so it’s expected that the latest Android 4.3 version will be on the Moto X.  Unfortunately, this is not the case.  The Moto X will run Android 4.2.2 out of the box but an update to Android 4.3 is still expected soon.  Thankfully, Motorola has done away with the bloatware on the Moto X.  The handset runs almost pure Android, with only a few enhancements added.  A lot of people are looking for an almost pure Android experience so this should be good news.

The Moto X uses a lot of voice control features, allowing for an almost touch-free use of the phone.  The Moto X recognizes voice commands, which is really cool.  It’s way cooler than Siri.

This video demonstrates how voice control enhancements work on the Moto X.

The Moto X is priced at US$199 in the US on contract.  That puts it in the same level as the Galaxy S4 and the HTC One.  Hopefully, the off-contract or prepaid price is more attractive and hopefully, this hits Philippine stores soon.