Believe it or not , Polaroid is now trying to play along SONY, Samsung and LG in the flat screen TV market. The 50 and the 60 inch version are expected to be revealed at this year’s Consumer Electronic Show (CES) in Las Vegas starting next week. They are aiming to sell them at a low price point compared to their competitors. We will be in Vegas next week taking a close look at these. 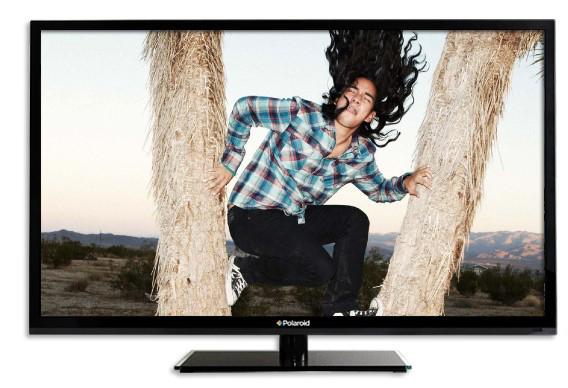 The 50-inch 50GSR9000 will retail for just $999, moreover Polariod is also selling a 50-inch 50GSR7100 50-inch  (1080p)television, with a Roku Streaming Stick included, for $599. Interesting offering, as we will be on the CES this year, we will try to get a look at it to see the quality. However, do not be fooled, they are not manufacturing this TVs themselves, they are just putting their label on as they are manufactured under license by a company called Empire Electronics LLC.