Smart won an award during the GSM Association’s Global Mobile Awards 2014 in Barcelona, Spain for its efforts in the aftermath of super-typhoon Yolanda. The telco’s SafePH disaster preparedness and emergency response program was recognized with an award for “Best Use of Mobile for Emergency or Humanitarian Efforts.”

The day after super-typhoon Yolanda (or Haiyan, as it was called internationally), Smart was one of the first on the ground to set up free call stations using satellite phones, giving survivors a means to communicate with their loved ones. In just a month, Smart was also able to restore network services in areas affected by the super-typhoon. 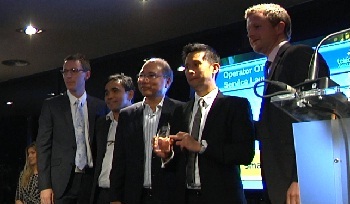 Meanwhile, Smart’s SmartNet app also won the “Operator OTT Service Launch Award” at the Telecoms.com Awards. It was recognized as an innovative response to the challenges presented by the rise of OTT (over-the-top) services.