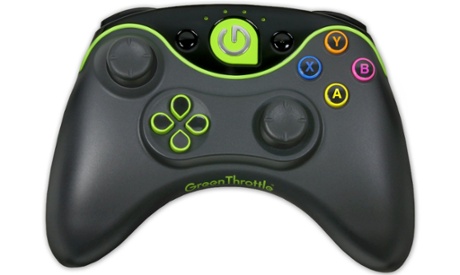 Google has confirmed with PandoDaily that it had just purchased key portions of Green Throttle Games, a developer of an Android gaming platform. While it is unclear as to what Google would do with the company, rumors suggest that a Google TV set-top box, similar to Apple TV and Ouya is in the works. One has to wonder if this would also lead to a gaming-centric TV device. There was a report from the Wall Street Journal that mentioned the search giant working on its own gaming console last year.

Green Throttle Gaming released an Android app to use with its Atlas controller which connected via Bluetooth to Android phones and tablets. But on November 2013, the company pulled its app from the Play store. Figures from Google Play suggest that it did not do well.

If this all leads to an Android TV device (like a console version of Chromecast) with gaming extras, would you consider getting one?

Via Engadget; The Guardian| Source PandoDaily