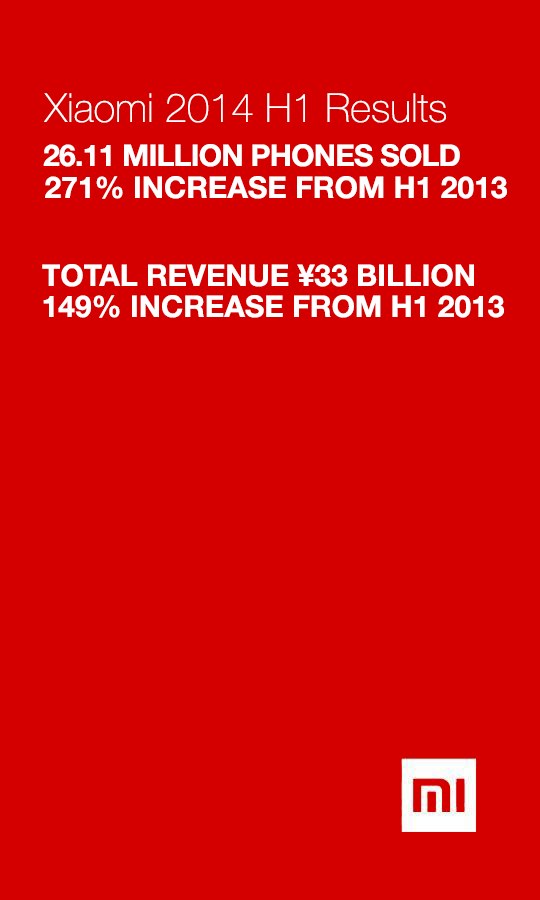 Posted on Mi Philippine’s Facebook page, their president and co-founder Bin Lin recently announced that they were able to sell over  26.1 million phones in first half of 2014. That’s a 271% growth on phone sold, and 149% growth on revenue compared to the first half of 2013. Mighty impressive for a phone company who just recently started going international.