Novo7 Tech recently announced on their Facebook page that they’ll soon offer the beastly THL 5000. A quick search reveals the 5 inch smartphone is powered by a 2.0GHz MediaTek octa-core CPU, 2GB of RAM and Android 4.4 KitKat (Yehey!). Surprisingly, the beastly part does not refer to the octa-core processor, but rather the massive 5,000mAh battery. In comparison, LG’s latest wonder phone, the G3, only has 3,000mAh. With that much power, the THL 5000 could have 47 hours of talk time, 11 hours of web browsing, 11.6 hours of video playback and up to 1,000 hours of standby time.

I think another interesting feature is the 13MP Sony IMX 135 rear camera with f/1.8 aperture. The sensor is part of the Exmor RS series.  Coupled with the large f/1.8 aperture, this could result in excellent low light performance and sharp images.

By the specs alone, the THL 5000 is looking as beastly as the next flagship phone. Hopefully, it’s performance (or the “user experience”) won’t hinder it from becoming a best seller. Price or date of availability has not yet been announced. 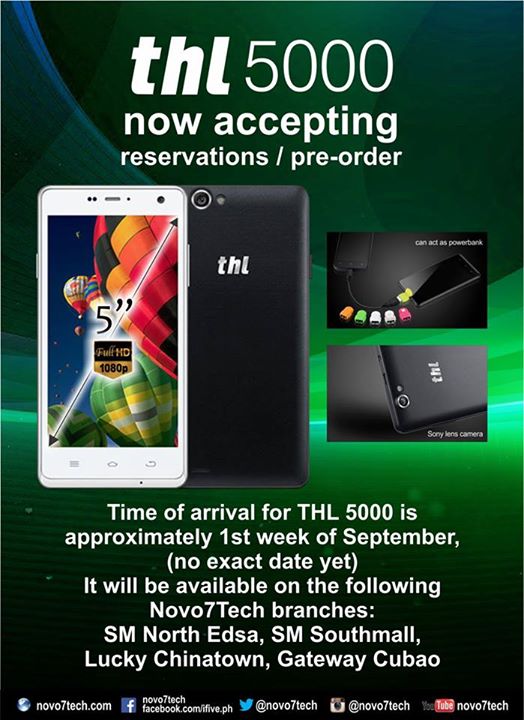 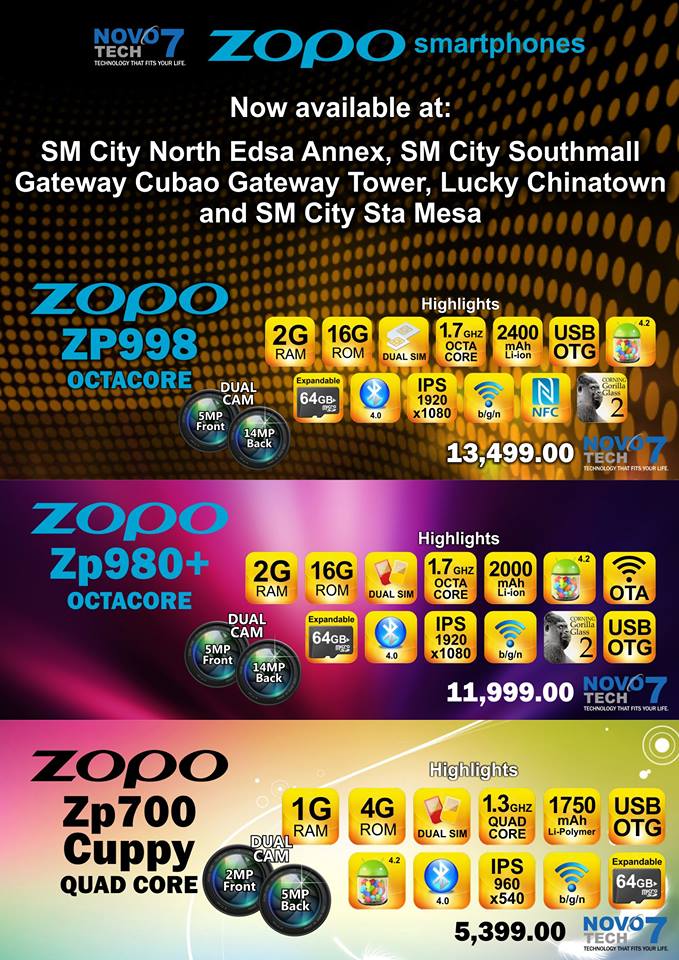