Asus takes a jab at Apple

I guess its Asus’ turn as the next company to take a swing at Apple.  The Taiwanese manufacturer posted the an image depicting 6 Asus Zenphone 6 equals 1 Apple (iPhone). 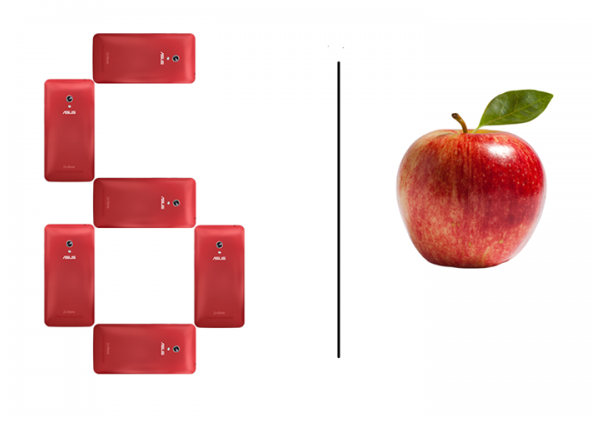 The image above was posted on Twitter with the line ““The best 6 is the one everyone can have.” Asus presumably attacking Apple on its fairly expensive pricing. Asus may have a point though. iPhones are usually a lot more expensive than most Androids. I’m almost certain Asus knows it can’t compete with Apple when it comes to user experience, but having 6 smartphones for you and your family is certainly better than having just one iPhone 6 Plus for yourself.

Apple may or may not deserve the bashing (fine, so maybe they do for being such an @ss), but seriously – I think Apple did pave the way for smartphones. I’m not at all a fan of the Cupertino tech giant, but you have to admit, a lot of people (myself and some Android fans included) wanted an iPhone when it first came out.

And where is LG in all of this? They have one of this year’s best smartphones in the G3 (you can read the review here). I think they should have go as well. Maybe they’re taking the high road.