MANILA, Philippines – January 2015: The 2015 digital world will continue to be driven by the “Choose Your Own Device” (CYOD) phenomenon, mobility features like wireless charging, and high-performing operating systems for tablets, according to Lenovo (HKSE: 992) (ADR: LNVGY), the #1 global PC maker and recently #1 in the PC+Tablets category. Lenovo also expects further growth in different form factors as innovative features and reliability figure into consumers’ purchase decisions.

“2014 saw the rise of affordable multi-mode products like the Yoga Tablet 2, Yoga Tablet 2 Pro, and Flex 2. These devices enhanced user adaptability, changed computing paradigms while having exciting designs. Lenovo expects this trend to continue in 2015. We are committed to innovating more performance-packed products to address consumer demand in the PC Plus era,” said Michael Ngan, Country General Manager, Lenovo Philippines.

The following are Lenovo’s top IT predictions for 2015:

Manufacturers that have traditionally specialized in producing processors and graphics units to power desktops will be designing hardware architectures that emphasize dramatic reductions in power and cooling needs. These architectures can then be scaled down for mobile environments.

This means that mobile performance is rapidly catching up to that of desktops, making one’s choice of device(s) a matter of preference in form factor rather than computing capability. This allows manufacturers to experiment with innovative form factors and features rather than focus on performance or have to compromise on mobility. With increasing requirements from small and medium-sized enterprises and continued strong business process outsourcing (BPO) performance, the country’s IT expenditure is expected to witness 10.1% growth, fueled by stronger demand for mobility, devices, services and applications across the country, according to IDC.

Hardware advancements are trying to help users remain as clutter-free as possible. USB 3.1 promises to combine the functionalities of multiple cable types into a single cable in 2015, such as integrating DisplayPort functionality while improving power delivery. Wireless charging and increased wireless connectivity between devices are also set to be released in 2015, which go one step further than ordinary charging capabilities.

There is a certain degree of device fatigue as consumers look to consolidate devices, leading to a rise in the popularity of multimode machines that can be used in a variety of situations. Gartner predicts the hybrid or two-in-one devices will rise in prominence, claiming 22 percent of the ultramobile premium market in 2014, and 32 percent in 2018.

Due to the leaps in mobile performance, tablets are now true performance workhorses, especially for those on the go. There are now tablets with proper desktop operating systems and with computing performance on par with ultramobile laptops.

This will put the spotlight on manufacturers with a reputation for crafting reliable and innovative devices for business users, as their device designing capabilities are put to good use in crafting premium tablets for business use.

The return of PCs

Some have thought that the rise of tablets would bring about the decline of PCs, but for consumers that are not constantly on the move, it remains difficult to beat them in terms of absolute productivity. Gartner notes that the PC industry was revived in 2014, and Lenovo believes that this trend will continue into the future. 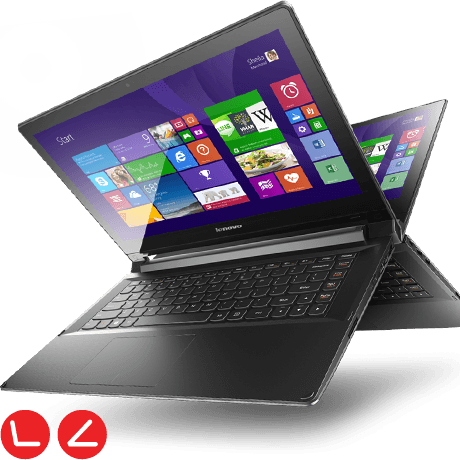 In the past, manufacturers only offered one flagship smartphone each. These days, manufacturers offer multiple flagships in a variety of sizes and form factors, recognizing that there is no one-size-fits-all form factor. The same thing is happening with other devices as well, with a wide range of desktops, laptops, hybrid devices and tablets being introduced. Consumers will thus turn to the manufacturers that offer both reliability and innovative features.

IDC predicts that there will be a large increase in phablet shipments in 2015, but also notes consumers are still figuring out which form factors and screen sizes as formerly hot form factors and sizes begin to be overtaken by others.

Enterprises renew their emphasis on security and reliability

There have been many security scares in 2014, including the discovery of the Heartbleed and Shellshock bugs. Compounding these security headaches for businesses’ IT departments is the Bring-Your-Own-Device trend. A recent Gartner survey showed that a quarter of business users admitted to having had a security issue with their personal devices in 2013, but that only 27 percent of those had reported it to their employer.

The nascent CYOD trend, which satisfies both the need for security as well as end-users’ need for choice, will continue to accelerate in 2015 as businesses turn to manufacturers with proven track records in enterprise environments for increased security and reliability, as well as ease of deployment.

With the breakneck pace of technological advancements in the gadget space, the consumers of today expect ever more mobility and convenience with no compromises from their IT products. On top of this, manufacturers need to properly invest in research and development so as to design innovative new features that will excite consumers and be truly useful. Having said that, 2015 will also mark the year where the focus will return to performance, reliability and security. The star products of 2015 will thus be the ones that successfully balance all these factors.