Motorola is Back; Launches Moto Z, Moto Z Play and the Moto Mods

Motorola is gunning for a major comeback to the Philippine market with the launch of the Moto Z, the Moto Z Play, and the Moto Mods.

The highlight of the series is the interchangeable Moto Mods accessories — the company’s take on “modular smartphones.” And surprisingly, it works really well.

Dubbed as the thinnest smartphone, the Moto Z is the company’s flagship model and features a premium build and an elegant design. Under the hood you’ll find a 1.8GHz quad-core Qualcomm Snapdragon 820 processor coupled with 4GB of LPDDR4 RAM and an Adreno 530 graphics chip. Photography is handled by a 12MP camera, equipped with an f/1.8 lens, laser autofocus, optical image stabilization and a dual LED flash. While the 5MP front camera should be enough for most selfie enthusiasts with its f/2.2 lens.

The main draw of the Moto Z is its modularity via the Moto Mods. You can attach different accessories at the back panel to enhance its functionalities.

The rest of the phone’s key specs include the Moto Mods connector, a fingerprint sensor, a generous 32GB base storage, NFC, a USB Type-C port and water repellent nano coating.

The Moto Z Play is the company’s mid range offering. Slightly thicker than the Moto Z, the Play features similar design elements and the same impressive build. Inside you’ll find a 2GHz quad-core Qualcomm Snapdragon 625 processor paired with a 3GB LPDDR3 RAM and an Adreno 506 graphics chip. The main camera uses a 16MP sensor with an f/2.0 lens, laser autofocus, phase detection autofocus, and a dual LED flash. Sadly, there is no OIS on this model. Going back, the 5MP front camera comes with a front facing flash and a 85-degree wide angle lens.

The rest of the key specs include a fingerprint sensor, a USB Type-C port, NFC, water repellent nano coating and a large 3,510 mAh battery with Turbo Power fast charging.

Moto Mods is the company’s take on modular smartphones and supports both the Moto Z and Moto Z Play, and its succeeding phones in the future. Aside from the Moto Style Shell (which is basically just a stylized back cover), Motorola has four Moto Mods that add or enhance the phones’ current functions.

These Moto Mods are:

The Moto Z, Moto Z Play, and the Moto Mods are available at selected MemoXpress and Silicon Valley outlets at the SM North EDSA, SM Megamall and the SM Mall of Asia 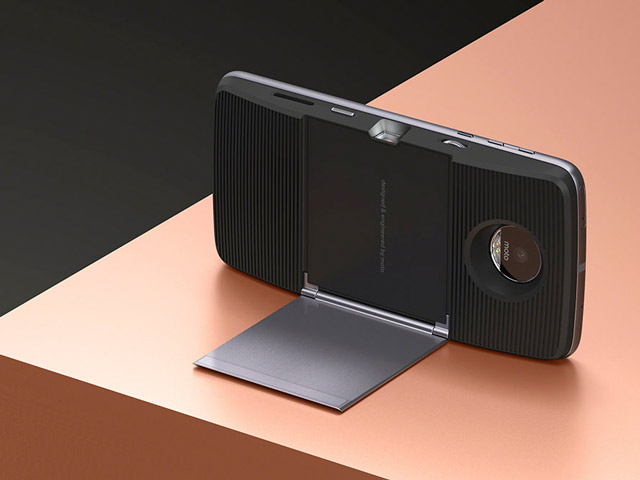 Fantastic Moto Mods and where to find them (in the PH)