Facebook is currently testing a downvote button meant for “offensive, misleading, or off-topic content.” Will it help against fake news? 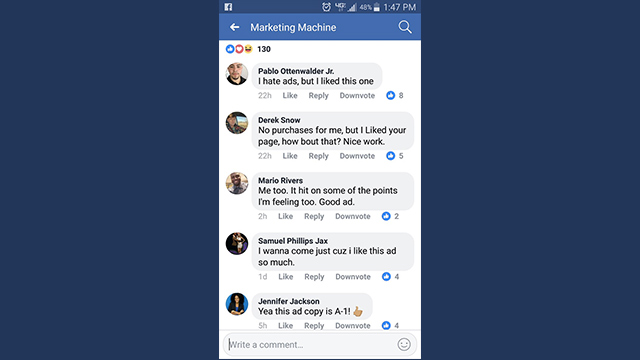 Facebook is currently testing a “downvote” button that allows users to downvote content that are deemed “offensive,” “misleading,” or “off-topic.” The function will theoretically allow the social network to track and flag such reports and posts, and even users.

The move should help lessen the rampant hate comments and fake news currently spreading through the social media platform. To be clear though, the downvote button is different from dislike. It will give users a way to at least battle disinformation.

The downvote button will eventually make its way to devices soon. It will sit beside the Like and Reply buttons. Once tapped, users are choose why it was downvoted — is it “offensive,” “misleading,” or “off-topic.”

According to Facebook, the feature is being tested on 5% of English speaking Android users. No information yet on when it will become active for all.