Apple has recently released iOS 12.1.1 for compatible iPhones and iPads. This is a minor update with a file size of around 400MB, depending on your device.

New features and improvements include the following: 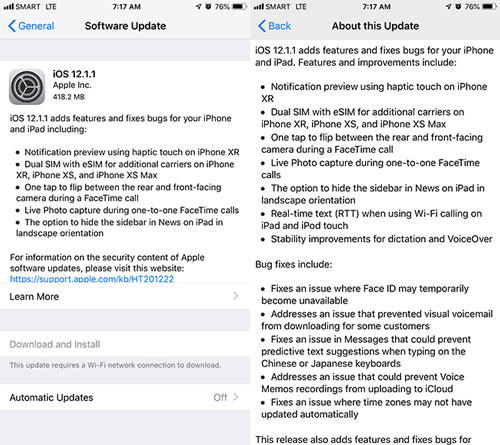 Before updating, be sure to back-up your files just in case something bad happens. You can update by going to Settings> General> Software Update, or by via iTunes. Compatible Apple devices include: