Samsung is set to announce the Samsung Galaxy M30s with a monstrous 6,000mAh battery on September 18 on Amazon India.

According to reports, the phone will have a 6.4-inch Super AMOLED display, 4GB RAM and 64/128GB storage, and a USB Type-C port. It will run on an Exynos 9610 processor, but could have an Exynos 9611 instead.

Based on the images though, it will have a notch with very narrow bezels and a slight chin. There’s also three cameras at the back with a 48MP main sensor and a fingerprint scanner. It also will likely run on OneUI on top of Android Pie.

Apart from the Amazon posting, a video was also uploaded on YouTube showing a quick tour of the Galaxy M30s. You can check it out below if you’re interested. 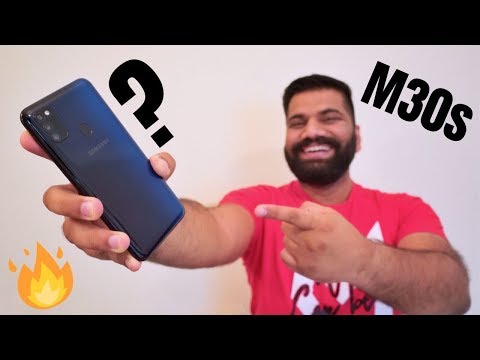 That’s it for the Galaxy M30s. Hopefully, more information pops up in the coming days before launch.