Dynasty Warriors: Overlords is now available for pre-download in the Philippines, open to Android and iOS devices.

It is the newest Three Kingdoms Action Role-Playing Game licensed by KOEI TECMO and released by VNG Games for the Philippines, Vietnam, Thailand, and Indonesia.

Dynasty Warriors: Overlords is a hack and slash game, adapted for mobile from the legendary console game Dynasty Warriors which has been around for 20 years now.

The adaptation will introduce new elements, such as the Synergy Musou Skill feature where players can combine the Musou Skills of several generals in one faction to launch a powerful ultimate combination move.

Each faction has its own combination of Karma as well. You can try a combination of Liu Bei, Guan Yu, and Zhang Fei, or Zhao Yun and Huang Zhong to bring out various Synergy Musou Skill.

In addition, you can upgrade and customize the Generals you have. These upgrades consist of level upgrades, star upgrades, unlock Karma, Combat Souls, enhance and forge weapons, Signets, Skins, and Mounts.

Also Read: Diablo Immortal available to gamers in Southeast Asia, including the PH; Here’s what you need to play the game

Each general is divided into three levels, namely, SSR, SR, and R. Each General have various advantages such as attack distance or skills needed in various scenarios and battlefields.

For more details about Dynasty Warriors: Overlords and the pre-download, visit this link: https://bit.ly/dynastywarriorsvng. 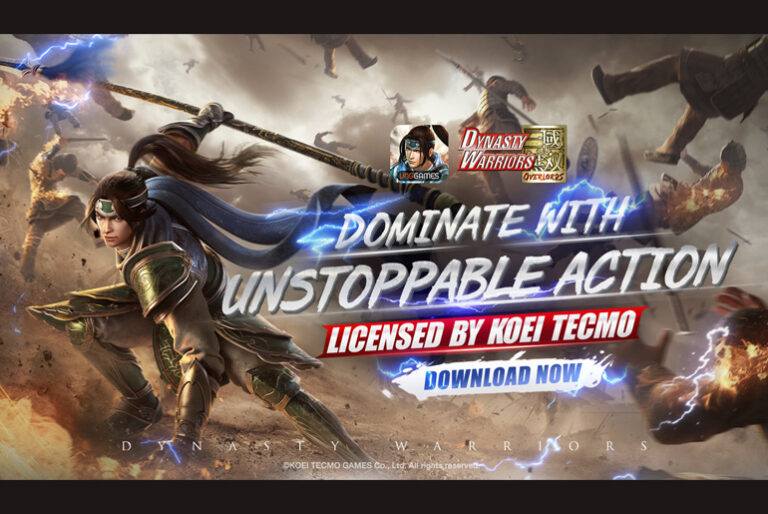 Dynasty Warriors: Overlords is now available for download in the Philippines