The Samsung Galaxy Tab was the first real Android tablet in the market at the time it was released in 2010.  This device easily became choice for tablet-users looking for an alternative to the Apple iPad.  The Galaxy Tab uses Android 2.2 (Froyo) but Samsung has done a great job in optimizing the phone OS for tablet use. 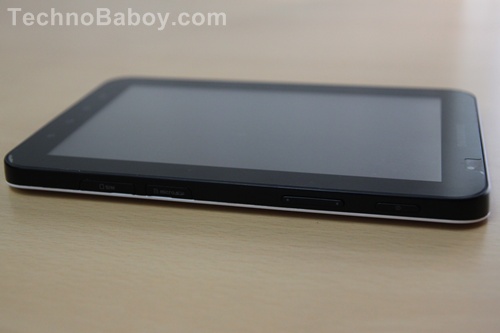 The Samsung Galaxy Tab fit snugly in my palm when i held it.  If you are one who thinks the iPad is too huge and would rather choose mobility over screen real estate, the 7-inch Galaxy Tab is for you.   The 7-inch screen is big enough for running games and applications yet small enough to easily fit in your bag.  The Galaxy Tab may appear heavy but when you hold it, you will easily notice that it is actually lightweight. 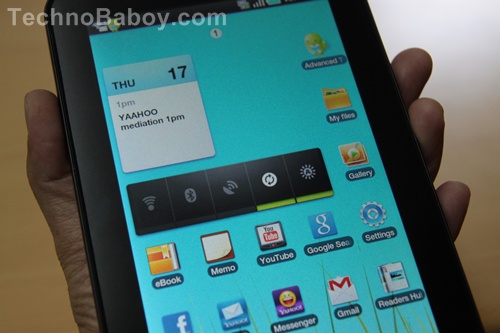 The 1024×600 screen is easy on the eye and the resolution works for most applications.  The screen is TFT LCD, not the AMOLED type Samsung is known for.  There is really nothing bad about the Samsung Galaxy Tab’s screen but it would have been really neat if Samsung used an AMOLED screen on this device.

Navigation is fairly quick on the Samsung Galaxy Tab device but the TouchWiz 3.0 skin seemed to have reduced the smoothness of the overall experience.  Animations and page transitions stutter at times.  This is specially true when you have an animated wallpaper running in the background.

Overall though, I can say I was impressed with the Samsung Galaxy Tab.

Here is the list of specs of the Samsung Galaxy Tab: