Grammy winning singer Amy Winehouse was found dead at her home in London.  It is believed the Back to Black singer died of drug overdose but her death is being treated officially as “unexplained.”  Winehouse is known to have battled drugs and alcohol problems throughout her career.

Twitter was instantly flooded with posts about Amy Winehouse after news of her death broke out. 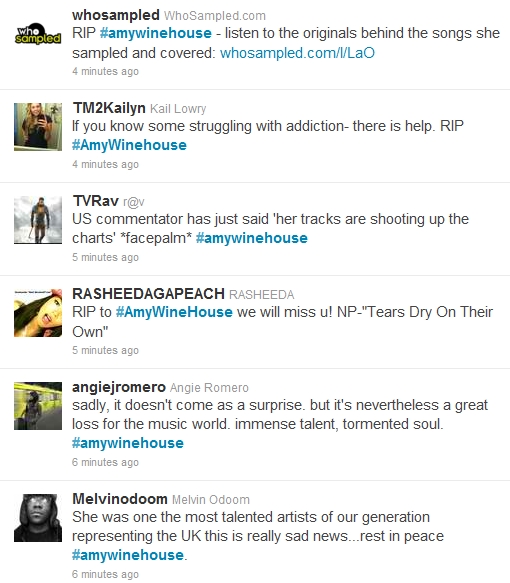 Amy’s friend Kelly Osbourne meanwhile tweeted that she had just lost one of her best friends. 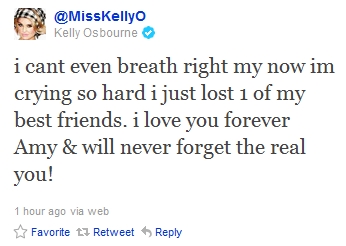 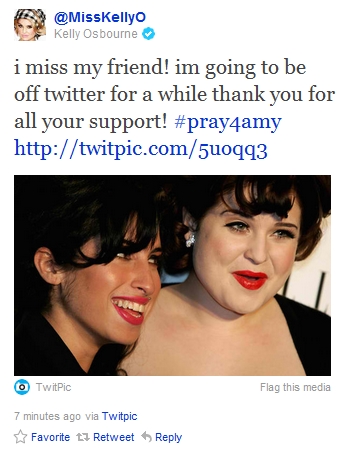 Amy Winehouse – Back to Black 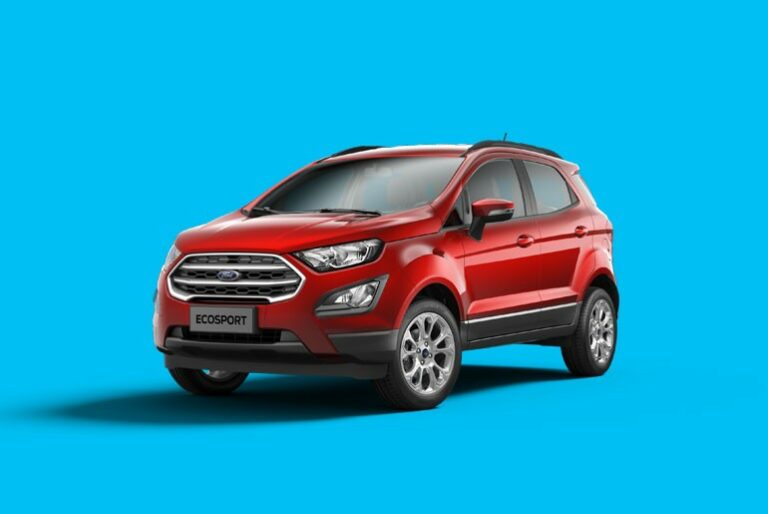