The BlackBerry Bold 9790 has a 2.45-inch touchscreen display with 480 x 360 pixel resolution, a 1GHz Marvel Tavor MG1 processor, 768MB RAM, 8GB internal storage, 5 megapixel camera with VGA video capturing and a microSD card slot.  For connectivity options, the Bold 9790 has Wi-Fi, 3G with HSPA, GPS and NFC.  The Bold 9790 comes with a full QWERTY keyboard and an optical trackpad. 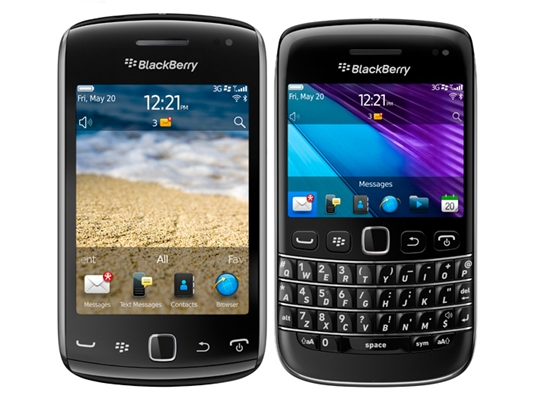 The BlackBerrry Bold 9790 and Curve 9380 will be available in the next couple of weeks.