Torque has bolstered its Android line up with three new Android tablet offerings.  We already earlier learned about the Droidz View tablet which Torque revealed ahead of its official launch.  The Droidz View was recently officially revealed to public at a special event which I failed to attend because of personal commitments. In any case, Torque surprised a lot when it revealed two other Android tablets apart from the Droiz View.  Lets take a look at Torque’s Android tablet lineup. 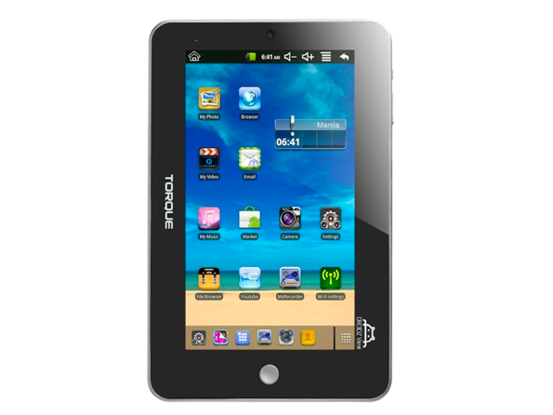 The Droidz View features a 7-inch, 2-point Touch screen and 800 Mhz CPU + 400 Mhz DSP.  It has a 2GB internal storage that’s expands up to 32GB.  The View’s OS of choice is Android 2.2(Froyo) but hopefully a Gingerbread update is just around the corner.  The DROIDZ View also includes a VGA Camera in front, a G-sensor and access to Apps and games from the Android market.  The Droidz View is priced at P3,899. 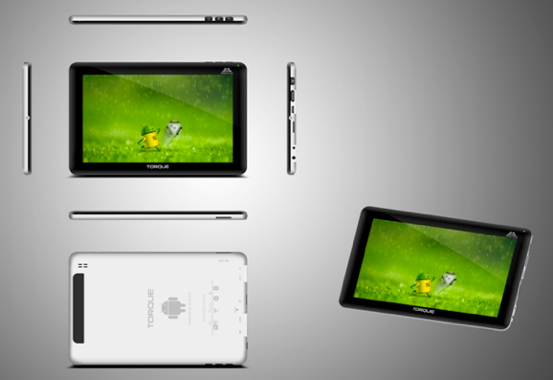 The DROIDZ Flash has better specs.  It features a 7-inch WSVGA 1024×600 Capacitive Touch Screen with Multi-Touch Pinch Zoom.  It also has a G-sensor and features access to the Android Market.  The Droidz Flash has Wi-Fi and Bluetooth connectivity and allows up to 32GB memory via Micro-SD. It also boasts of a 2 megapixel Rear Camera and VGA Front Camera.  To top it all, the Droidz Flash is capable of playing Full HD (1080P) which you can enjoy by listening though a special headset through its 3.5 mm Stereo Headset Jack.  The Droiz Flash runs on Android 2.3 (Gingerbread) OS.  The DROIDZ Flash is priced at P7,999.

The Droidz Portal tablet also features a 7.0-inch WSVGA 1024×600 Capacitive Touchscreen Display and also runs Android 2.3 (Gingerbread).  It has access to the Andorid Market, has G-sensor and Wi-Fi and Bluetooth connectivity, and also allows up to 32GB sotrage via microSD.  Unlike the previous two Android tablets, though, the Droidz Portal has phone functionality so you can call and send SMS on this tablet.  The DROIDZ Portal is priced at P12,999.