And so the Mobile World Congress 2012 announcements have begun.  Samsung is one of the first to unveil new devices at this annual event.   Among those announced by Samsung is version 2 of its 10.1-inch tablet, now called Samsung Galaxy Tab 2 (10.1).  We have already seen the 7-inch version of Galaxy Tab 2 a few days ago but it’s only now that we’re hearing from the 10.1-inch version.

The new iPad 2 competitor features a 1280 x 800 display, 1Ghz dual-core processor, 1GB of RAM, Bluetooth 3.0, 3-megapixel rear camera and VGA front camera, 21Mbps HSPA+ connectivity on the 3G model and a huge 7,000 mAh battery.  It will come in 16GB and 32GB flavors, expandable up to 32GB via microSD slot.  On the software side, the Galaxy Tab 2 (10.1) will run ice Cream Sandwich with TouchWiz on top.

This Galaxy Tab 2 doesn’t look like an iPad 2 killer for me. The features are rather basic and unimpressive.  My hunch is that Samsung will unveil another tablet with much better specs, possibly the rumored 10.1-inch version of the Galaxy Note.  The MWC is still ongoing so we’ll know in just a few hours. 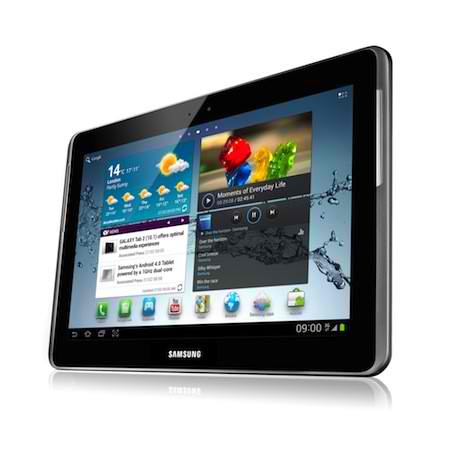 The Samsung Galaxy Tab 2 (10.1) will be available in March starting with the UK market.