One of the more persistent rumors surrounding the launch of the Samsung Galaxy S III is that it will sport a quad-core CPU.  Samsung has confirmed this recently with the official unveiling of its own quad-core mobile processor.  The chip is called Exynos 4 Quad and it clocks in at 1.4GHz.  To most users, more cores is better and it looks like Samsung is set to deliver a better performing Galaxy S handset with the Exynos 4 Quad.  In theory, multi-core is better than single and dual-core chips since multiple tasks can be handled simultaneously by the different cores.

For details, the new Samsung quad-core SoC is built on 32-nanometer architecture. Samsung claims that the new chipset will offer significant performance improvements compared to its older Exynos processors.  The good news is, it does all the computing while consuming 20% less power. 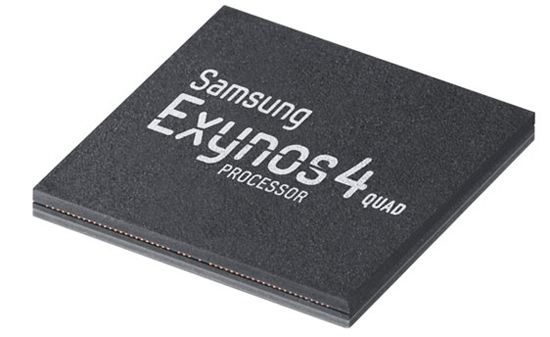 Samsung confirms that the Exynos 4 Quad will be first used on the upcoming Galaxy S III smartphone.  We’ll know the chip’s performance in a few days since the launch of the Samsung Galaxy S III when the handset is finally launched.