Samsung wants to make gadgets for every need.  The company found success in making a device practically for everyone with its myriad of smartphones and feature phones.  Even with tablets, Samsung has an offering for almost every tablet size conceivable.  This strategy is also clear with the release of the Galaxy Player, a pure multi-media player that’s bound to compete with Apple’s iPod Touch no matter how you look at it.   The Samsung Galaxy Player is meant for people who already have phones but are looking for a feature-packed media player akin to the iPod Touch.  Let’s take a closer look at this device.

The Samsung Galaxy Player has a typical Samsung packaging – it’s white and it shows an image of the device.  Nothing fancy.  Inside the packaging are the Galaxy Player, the battery, a manual, in-ear headphones, two sets of eartips, a charger and a micro-USB connector.

The Galaxy Player’s design screams Samsung.  It shares the DNA of most Samsung smartphones including build quality and materials used.  The overall design is not shabby.  It’s good, but like most Samsung mobile devices, you’d wish that it’s not mostly plastic.  The device is slim, possibly as slim as the iPhone 4S, but not as slim as the iPod Touch.

For the obligatory device tour, there’s a physical Home button at the bottom flanked by capacitive Menu and Back buttons.  There are speaker grilles at the top and bottom edges and the entire front part is outlined by chrome trimming.  At the right side of the device are the power button and the volume rocker while there are no buttons on the left side.  There are also no buttons or slots at the top of the device.  The 3.5mm jack and the micro-USB slot are found at the bottom.  The back cover is made of glossy white plastic and the camera lens is found at the upper part. There’s no camera flash.  Removing the back cover reveals the battery and the microSD slot.

The display of the Samsung Galaxy Player is good, but if you’re familiar with Samsung’s Super AMOLED displays, you’d find the display a bit inferior.   The resolution is clear and crisp, but it’s not as crisp as Super AMOLED displays nor the iPod Touch’s Retina display.  It’s still bright and sufficiently sharp, although the colors are not as vibrant and the contrast is not as good as that seen on a Super AMOLED display.  Again, for purposes of using apps, playing movies and viewing pictures, the screen is good enough. Here are the basic hardware specs:

The Samsung Galaxy Player runs on Android 2.3 Gingerbread with TouchWiz skin.  That means you get access to Google Play for your favorite apps. Samsung has loaded the Galaxy Player with Samsung Hub service, Samsung Apps and a few premium games.

Music playback is one of the best features of the Galaxy Player.  The stock earphones doen’t sound stock – it sounds premium.  I have grown to like Samsung’s earphones.  I love how the earphones on the Galaxy Note sounds, and it’s no different on the Galaxy Player.  It is so rich in details on almost all frequency levels it seems like no sound detail escapes. It has rich bass, complete with that booming power on bass heavy tracks.  Sound isolation is also superb so it’s perfect for blocking unwanted noise.

For the price of P9,990, the Samsung Galaxy Player faces a tough competition.  There’s the iPod Touch to contend with which has a better build and a better screen, not to mention a better music player and a better camera.  It has a smaller screen though, so the Galaxy Player wins in display size.  There are also full-featured smartphones in the P10,000 range, although without the same display size or display quality and not the same set of hardware features. 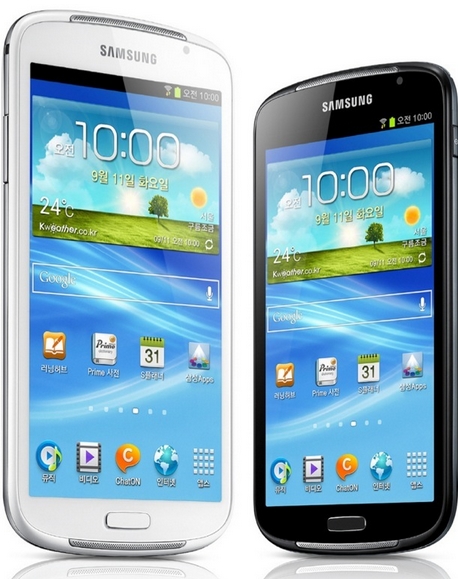