We all know that Rovio will soon release the Angry Birds Star Wars game but we did not know how the gameplay will be or how different the game is from current Angry Birds versions.  Rovio recently released a teaser which somehow shows us the gameplay and a few details about the game’s characters. 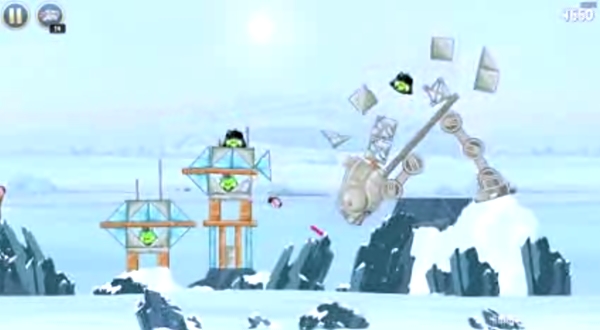 Angry Birds Star Wars has no new gameplay, unlike Angry Birds Space which used an entirely different gameplay.  Instead, it uses the same gameplay we’ve seen in the original Angry Birds game. That means gamers still launch the birds to hit structures where the pigs are and the trajectory is still the same.  The birds have new special powers, though, like lightsabers and tractor beams.  These powers are probably activated by tapping the screen while the birds are airborne, the same way special powers are activated in the older Angry Birds games.

The game looks interesting, only because there are new birds, new structures and new special powers. Overall, though, Angry Birds Star Wars looks a bit old and boring.  We’ll see when the game becomes available for download on November 8.  The game will be available on iOS, Android, Windows Phone, PC, Mac and Windows 8.