The Samsung Galaxy S III is just a few months old yet we already hear rumors about the next iteration of the Galaxy S handset. SamMobile posted a photo of what’s claimed to be the render of the Samsung Galaxy S IV, although the site claims that there’s no way to confirm if the design is authentic.  The photo was allegedly sent by an insider at Samsung and the site seems to believe that the photo is authentic.  My take on matters like this is not to believe and just wait for the official announcement.  The rumored launch is in May of this year so I’m pretty sure we’ll be getting more rumors as the launch approaches.  For now, there is this picture of an alleged Samsung Galaxy S IV we have to deal with. 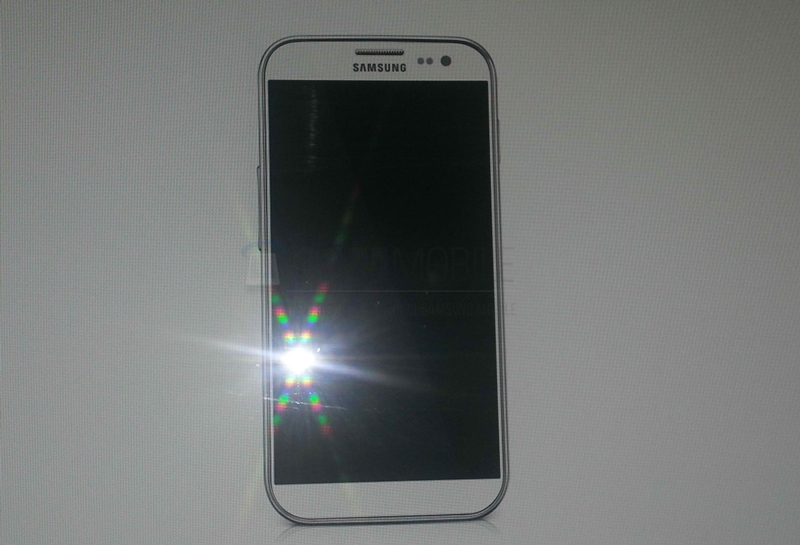 If the photo is authentic and the design is indeed for the Galaxy S IV, it is obvious that Samsung is not veering away from the design language of its current crop of devices like the Galaxy S III and the Galaxy Note II.  We still see the curved edges and the metallic trimming and the overall look and feel is still decidedly Samsung. What is very noticeable is the absence of a physical home button and the very thin bezel at the bottom.  This could only mean that the Galaxy S IV will have on-screen buttons just like the Galaxy Nexus or the Nexus 4. The display appears to be huge and if rumors are to be believed, the screen will measure about 4.99 inches, a few inches bigger than the screen on the Galaxy S III.

Here are the rumored specs of the Galaxy S IV.