Facebook Poke lets users send expiring messages as well and has a huge user base to start with.  Unfortunately, Poke has not gained traction up to this point, so one is left to wonder if it will ever fly.  With Poke, however, users use their Facebook profile as the Poke profile so there’s nothing that could be done if you want to use the app anonymously.  On Snapchat, you create a different profile so there is an option to be anonymous. 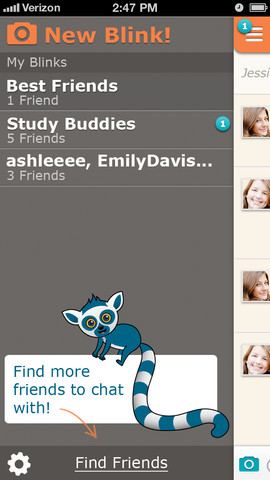 Blink Messenger got the best features of both Snapchat and Poke.  Like Poke, it allows users to send expiring messages apart from expiring photos and videos, and like Snapchat the username is separate from the phone number of the user so anonymity is an option.  Blink Messenger also allows users to use group chat, with messages expiring so there will be no traces of your messages. If you’re concerned with the app server saving data, don’t be since Blink Messenger destroys everything forever when they expire.

One other great feature of Blink Chat is the option to send messages, photos and videos that don’t expire if that’s what you want.  The app will function like a regular chatting app similar to WhatsApp.  With Snapchat and Poke, I thought it was still possible for the recipient to take screenshots of the stuff you send, making it still possible that they are not destroyed forever.  With Blink Messenger, you will be notified if the recipient takes a snapshot of your message, photo or video.

So far, it appears that Blink Messenger is currently the best “ephemeral messaging” app if you and your friends are looking for one.  Try it now, it’s free. 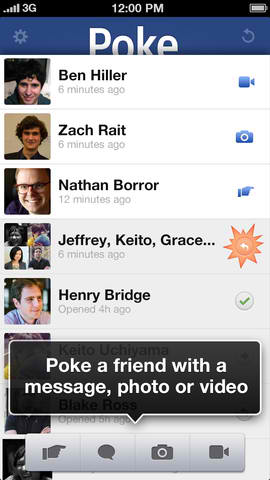