A few posts ago I featured an 18-second long video showing DILG Secretary Mar Roxas talking to Mayor Alfred Romualdez of Tacloban City in a meeting that was supposed to tackle disaster management and the rescue and recovery efforts in the wake of the typhoon Yolanda disaster.  The video posted by Josemari Gonzales on YouTube was entitled “Mar Roxas Telling Off Alfred Romualdez” and was later on dismissed by Mar Roxas for being spliced or edited, hence, allegedly done maliciously in order to put him in a bad light.

Now a video that lasts for 42 minutes is on YouTube and this time it was journalist Cito Betran who uploaded the video.  The video entitled “C-talk: Romualdez Roxas Meeting” shows DILG Secretary Mar Roxas in the same meeting, only this time around the context of the words uttered by Mar Roxas is much clearer.

Here is the video and see for yourself if there is anything objectionable about the statements of DILG Secretary Mar Roxas. 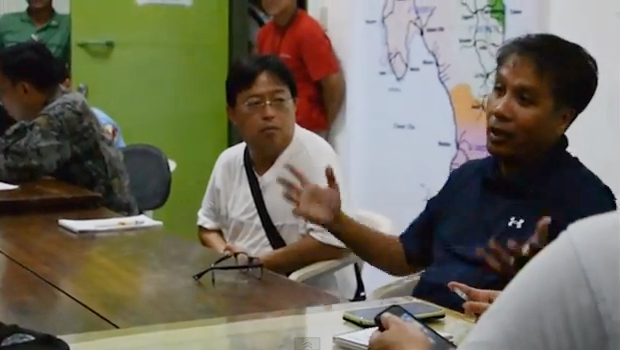