Last week at the IFA 2015 in Berlin, two interesting wearables were introduced to public — the Samsung Gear S2 and the Huawei Watch.

The Gear S2 is Samsung’s first round smartwatch. Powered by the Korean tech giant’s homegrown OS, Tizen, it comes with 1.2 inch AMOLED displays with 360 x 360 pixel resolution. It is powered by a dual-core 1.0 GHz processor, and comes with 4GB of storage. The storage can be used to store music locally.

There are three variants: the minimalist Gear S2, a traditional Classic, and a 3G and call enabled third. The watches are rated IP68 dust and water resistant, meaning it will survive underwater at a depth of up to 1.5 metres for up to 30 minutes. It has a host of sensors, and connects via Bluetooth.

One of the more interesting features of the Gear S2 is the rotating bezel, which allows the user to select apps and menus among other things. Like diving watches, the bezel is reportedly easy to use and convenient.

The Huawei Watch is another AMOLED totting wearable, albeit a bit bigger at 1.4 inches. It has a resolution of 400 x 400 pixels with 286 ppi. The screen is protected by sapphire glass, making it highly resistant to scratches, while the casing is made from cold-forged stainless steel. 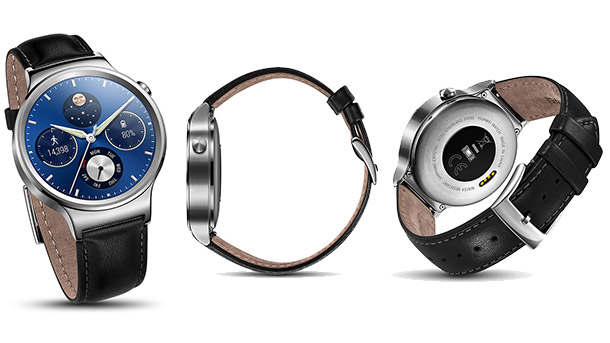 Powering the watch is a 1.2 GHz Snapdragon 400 SOC and 512MB of RAM. It has 4GB of storage, and a 6-axis motion sensor, plus a heart rate sensor, a barometer, a gyroscope, and an accelerometer. It connects via Bluetooth 4.1 BLE, has Wi-Fi and a 300 mAh battery.

No price has been set for either wearable. The Huawei Watch could command a premium though, by virtue of the sapphire crystal glass. It remains to be seen on when it will be available in the country.

So, what do you guys think of these next gen smartwatches? Let your voices be heard in the comments below.