Players who are more serious about earning can avail themselves of Mighty Catcher’s monthly subscription for about Php 450. Weekly chests containing XPTC, a type of cryptocurrency, can only be unlocked by subscribers. They also have the ability to recycle or convert the physical prizes, gift cards, and vouchers they won in the game into XPTC, allowing players to boost their earnings.

Other perks of the monthly subscription include — increased rate of filling up the Catcha Charging Ring, a mechanic that automatically guarantees the game room’s prize when it is filled; the ability to rearrange the dolls in game rooms; the premium swing claw function that makes it easier to win; and, three diamond tickets a day for use in exclusive game rooms, among others.

Mighty Catcher assures subscribers they can easily win back the cost of the subscription in about two to three weeks through the daily missions. These can be as simple as playing the game itself or sharing a video of your gameplay. The first chest containing XPTC unlocks at 30 points, giving the subscriber a coupon that is valued at about Php 100. The next chest containing XPTC unlocks at 200 points, which in total amounts to at least Php 200 within one week of completing daily missions.

For players who want an even larger payout, Mighty Catcher offers a premium bundle called the Play to Earn package at about Php 5,000 a month. This package guarantees players XPTC coupons just by logging in daily. Coupled with the monthly subscription, which is necessary to convert other prizes into XPTC, players can fully maximize their winnings from game rooms. Another prestigious prize players can aim for is Mighty Catcher’s time-limited NFTs. These are rewards given to players who rank among the top three in the monthly leaderboards or through seasonal events.

Beginners are also welcome to try the game for free. Newcomers to the crane game can polish their skills and master the mechanics of the claw in unlimited practice game rooms. They can also play using the daily free tickets.

Mighty Catcher is available for download for free on the Google Play Store or Apple App Store. 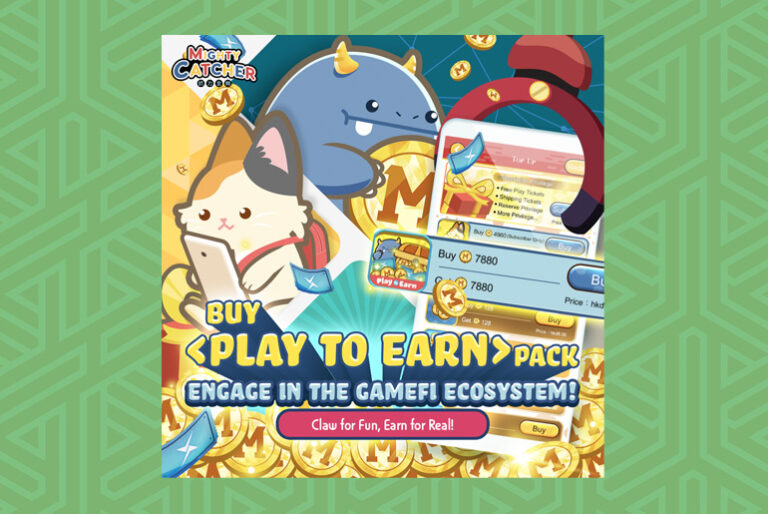