Upcoming game Pokémon Scarlet and Violet has just released its new trailer. And in it, they featured their latest Pokémon, Lechonk.

As you may well know, Lechonk is derived from the word lechon (or lechona) — which means suckling pig in Spanish. In Filipino, we know it more as the name for roasted pig, a dish often served in celebrations.

Lechonk is a new hog Pokémon that uses its sense of smell to find and eat only the most fragrant wild grasses and the richest Berries, according to its press release. As such, the Pokémon has come to radiate an aroma resembling herbs that Bug-type Pokémon dislike.

The description further adds that it may appear fat at first glance, but in reality, the Pokémon’s body is mostly muscle built by constantly walking around in search of food.

Aside from Lechonk, the trailer introduced new characters and few more pocket monsters.

Pokémon Scarlet and Violet is scheduled for release on November 18 on the Nintendo Switch.

Check out the new trailer below and see for yourself. 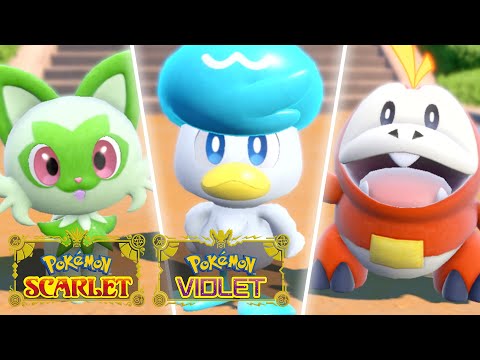