Apple very recently made the iPad 2 official.  It’s touted to be thinner, lighter and faster.  From the released specs sheet, it there is no doubt that the iPad 2 has what it takes to back up these claims. Let’s look at the impressive list of features of the iPad 2. 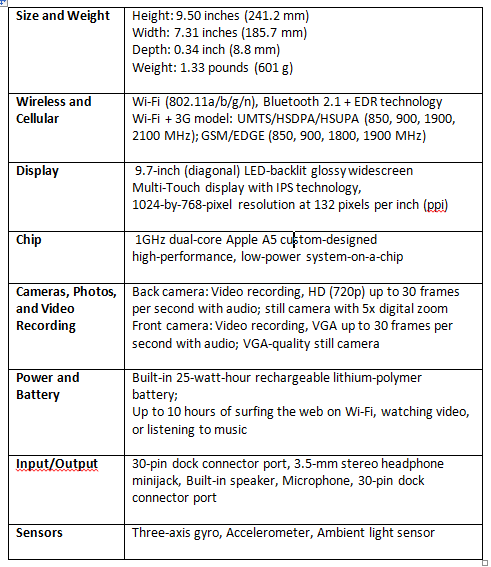 From the above list of features, the notable changes from the first iPad is the device’s thinner profile, the addition of a front-facing camera, the use of a dual core processor, and the use of Apple’s new iOS, the iOS 4.3.

The 1GHz dual-core A5 chip is said to be up to twice as fast, with graphics performance nine times faster than on the original iPad. Battery life is the same at 10 hours with normal use.  What’s more appealing is the fact that Apple has kept the pricing unchanged.  Apple’s website shows the iPad 2 to start at $499 (16GB WiFi-only).  The price increases depending on the configuration.  Apple sets the storage options at 16GB, 32GB and 64GB and lets us select from Wi-Fi only or Wi-Fi + 3G servings.  Display resolution is still 1024 x 768.  We now have the option of getting the white or black version. 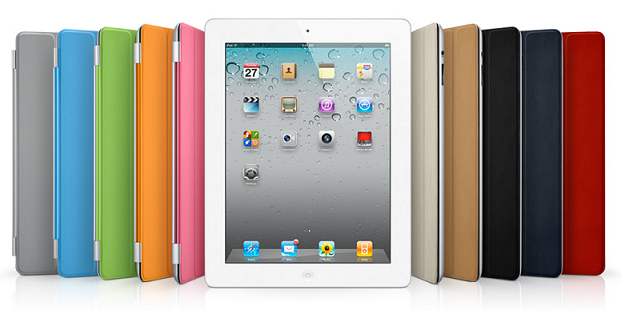 Apple will also offer a cover for the device which is a magnetic flap which automatically wakes and puts the device to sleep according to whether it’s open or closed.  Called the Smart Cover, it does not go free with your purchase of the iPad but is expected to set you back $39 for the plastic one or $69 for the leather one.

Overall, the features of the iPad 2 are impressive.  The iPad 2 will likely help Apple keep its lead over its Android and webOS rivals in the tablet wars.