This is your chance to buy yourself an Android phone for a very low price.  Samsung Philippines has an ongoing summer sale dubbed “Samsung Summer Supreme Deals”. Included in the sale are Android handsets from Samsung.

The Samsung Galaxy S, priced at around Php30,000 at launch, is now priced at Php17,990.  This is a very good deal considering the specs of the Galaxy S.  Although the Galaxy S II is possibly launching in the Philippines soon, the feature set of the Galaxy S is more than sufficient for a smartphone.  The price of Php17,990 is practically the price of a second hand Galaxy S. 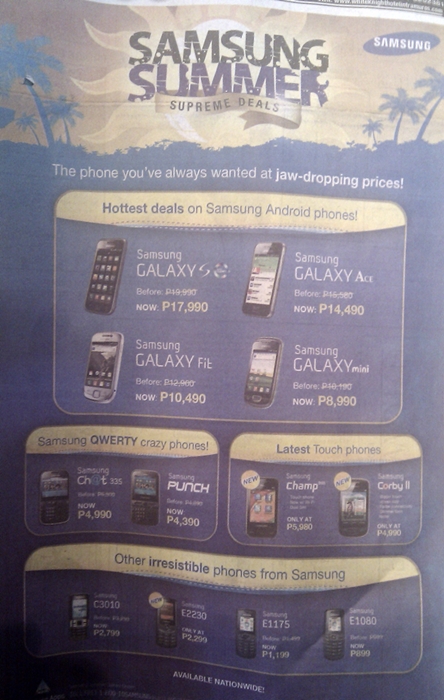 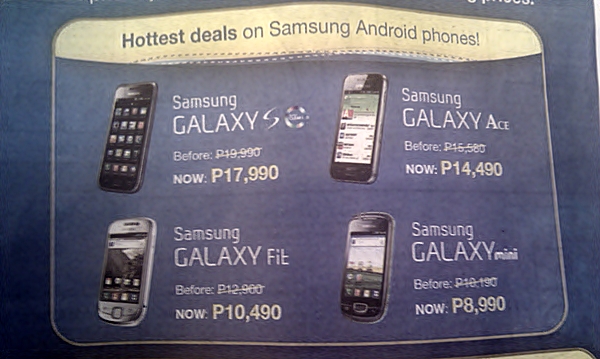 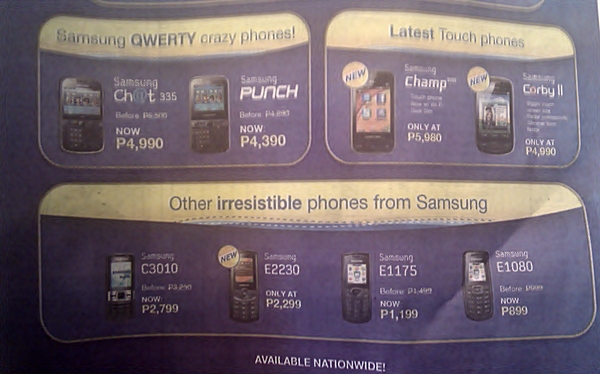