When I opened my Twitter today, I was greeted by this message: 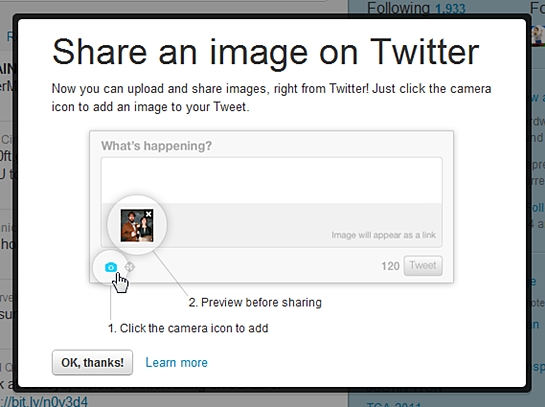 This means that Twitter has already rolled out its native image sharing feature.  The addition of this feature has been reported weeks ago and its good that Twitter has finally been able to integrate the same.

So how do you upload an image? 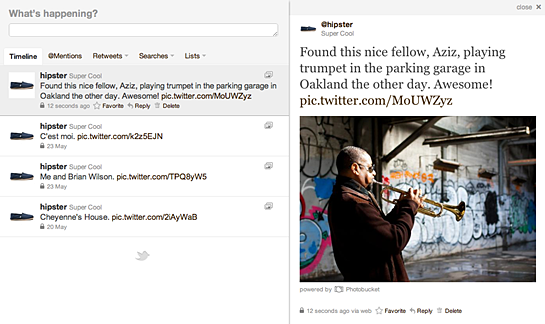 Twitter only allows images that are 3MB in size or smaller.  The image will be scaled to fit into the display pane on the right side of the timeline.   Third party image providers like Flickr, Twitpic and yFrog are still supported.