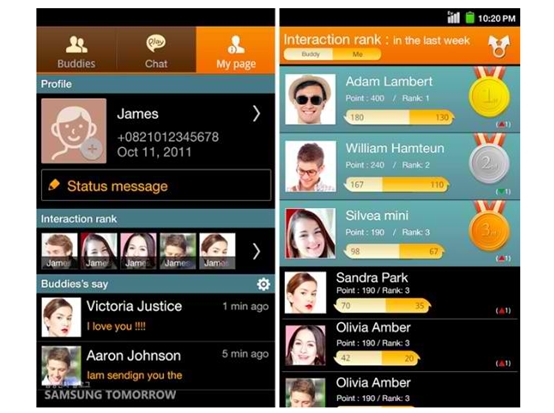 Korean smartphone giant Samsung launched a messaging service called ChatON, a free messaging app that’s meant to “democratize” messaging.  The new messaging service is going to be multi-platform, bringing texting, group chat and image or video sharing to a wide range of platforms including Android, iOS and even BlackBerry.  Samsung’s own Bada platform is of course supported.

Samsung will be making two versions of the messaging client, a basic one for feature phones and another for smartphones.  The latter will allow users to comment on other profiles and send animated messages.  Samsung is also going to release a web-based version that can be used on PCs.

ChatON will go live in September in more than 120 countries and 62 languages.

Watch this video for more information on ChatON.