Digital camera makers are probably feeling the pinch brought about by the increasing popularity of smartphones with built-in cameras.  In order to get noticed, and therefore survive, manufacturers resort to incorporating unique features into digital cameras.  One of Samsung’s newest point and shoot manages to get some attention with its swivel display.  The Samsung MultiView MV800 is unique in that it has a swivel display, although admittedly this is not the first camera to have this feature.  Let’s take a closer look at the MultiView.

I will not beat around the bush.  The Samsung MultiView MV800 is one of the best-looking point and shoot cameras I’ve laid my eyes on. It has an excellent, metallic black finish and an elegant design.  The front part may look ordinary, but flip it over and you’ll see a well-made, well-designed device.

Holding the Samsung MultiView gives you that satisfying feeling, a feeling that you have something special in your hand.  It has a little heft, enough to give you the impression that it is solid and sturdy, but also obviously light.    In fact it’s too light compared to other digital cameras and should be easy to carry around and will easily slip into a bag our pouch.  The Samsung MultiView is also slim, and when the screen is flipped over, it is in fact just as thin as your ordinary smartphone.

The Samsung Multiview MV800 of course got its name from its screen that can be flipped 180 degrees.  The idea of course is to make it capable of taking self-portraits.  The screen flips all the way up until it faces the same direction the lens faces.  It’s very convenient and very effective for self-portraits or group shots where the one holding is part of the shot.

The screen Samsung MultiView’s display is an OLED touchscreen and the UI is what Samsung calls the Smart Touch 3.0.  The screen is bright enough, although the resolution is not too sharp but it’s not too bad either.  It’s just enough for navigating the menu and in viewing shots.

The ports and buttons on the Samsung MultiView are pretty straightforward.  The top part hosts the Power button and Shutter button, which also doubles as zoom lever.  The right side has a latch that hides the HDMI and micro USB port.  The battery and microSD card slot are found at the bottom, inside an easily accessible latch.

On the surface where the 3-inch display is, there’s a Home and Play button that both control the touchscreen UI.  When the screen is flipped up, the back of the camera reveals a second shutter button that’s meant to be used on self-portrait mode.

The camera has a 16.1 megapixel sensor and a 5x optical zoom lens.  The range of the lens is equivalent to 26 – 130mm on a 35mm system.  The MultiView is capable of taking 720p HD videos and the storage medium is MicroSD.

The previously mentioned flip screen is the main feature of the Samsung MultiView.   For purposes of taking self-portraits, it simply works.  The screen travels 180 degrees and lets the user take a portrait shot and evaluate the framing using the camera’s 3-inch display.  However, the screen only flips one direction, and that is upwards.  It does not rotate sideways, so if you’re thinking of using the Samsung MultiView for awkward angle shots, it’s simply not possible with this point and shoot.

The touchscreen display makes navigating the menu easier. The UI is easy to use and quite conveniently laid out.  However, the screen is slow to respond at times, but for general use, the touchscreen is sufficient.

The camera’s 5x optical zoom lens is versatile with a range similar to a 26-130mm lens in 35mm format camera. This makes both wide angle shots and long range shots possible.

Make no mistake.  The Samsung MultiView MV800 is a good point and shoot camera.  It takes sharp photos, especially when taken during daylight or with a fairly ample light source.  The shots have great color reproduction and the details are quite good.  Shots taken on the special effects look also great, making the Samsung MultiView a great toy for those who like to play with their shots. For instant editing, the Multiview offers quick in-camera editing options.

Here are a few sample shots from the Samsung Multiview MV800.  These shots were not edited, only resized. click on the photos to see the larger version.

The Samsung MultiView’s lens has a 3.3-5.9 maximum aperture, so it’s obviously not meant for low light shooting but shots taken at night are still acceptable.  Below is a sample shot taken at night inside a cafe.  The crop follows the original photo.

The Samsung MultiView MV800 is a unique camera.  The ability to take self-portraits through a flip display is admittedly its main selling point, but the question is, how many users really need this feature?  In the Philippines where social networking sites are popular, it’s not a surprise if there’s a demand for this kind of camera.  I see a lot of self-portrait shots being used as profile photos.  The MultiView is also useful for taking those “barkada” shots.  Pairing the MultiView with in-camera features like Pose Guide, Intelligent Portrait and other fun effects make the MultiView something of a good point and shoot option.  Samsung has made one solid and attractive camera here and for that, the MultiView becomes a more compelling buy.  And of course when it comes to quality of shots, the thing that should really matter, the MultiView has something solid to offer. 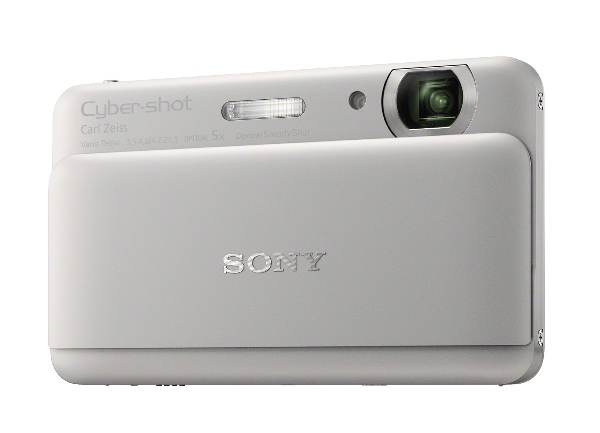