Enter the daily deals aggregators.  These are websites that aggregate or compile the best deals from different daily deals or group buying sites.  Aggregators don’t have deals originally coming from them and instead feature deals from other websites.  The presence of daily deals aggregators in the Philippines should ease the burden on most bargain hunters who have to scour the internet and go through more than 50 different websites just to snag the most attractive deals and promos.

Here are the most notable daily deals aggregators in the Philippines at the moment.  If you know some sites that should be in the list, email me and I’ll gladly check them out.

This daily deals aggregator is the most professional looking of the lot, with a good choice of featured deals and promos.  Frugal Panda segregates the deals by categories such as Travel, Food, Health and Beauty, Fun Activities and others.  Featured daily deals sites are quite fewer, however, compared to the other aggregators.  The featured sites on Frugal Panda include Buyanihan, Cash Cash Pinoy, Twangoo, Metro Deal, Ensogo, Beeconomic, Clever Buy, Deal Grocer, Deal Spot, Local Roam, Alooph and Ebay Kuponan.

Dealies.PH is a little confusing to use and navigate, but the effort to collect the best deals available from local group buying sites is there.  It uses a filter system that lets users choose the deals by price range, city, lifestyle category, and group buying sites.  It’s a little clunky to use but it should get better over time.  It’s a good effort overall but I can see more room for improvement for this daily deals aggregator.  What’s good about Dealies is it has the most number of featured group buying sites.

This daily deals aggregator not only covers deals in the Philippines but also deals from Singapore, Malaysia, Indonesia, Thailand, Hong Kong and Australia.   All Deals Asia segregates deals by category and by filters that include price, discount and expiration.   For deals in the Philippines, it has a classification according to area such as Manila, Quezon City, Davao, Cebu and Boracay.  It also has a mobile app for Android and iOS, making it easy to check the deals on mobile devices.

Apart from the foregoing aggregators, you may also want to check out newer sites like Group Buying Philippines and Pinoy Deal Hunter. 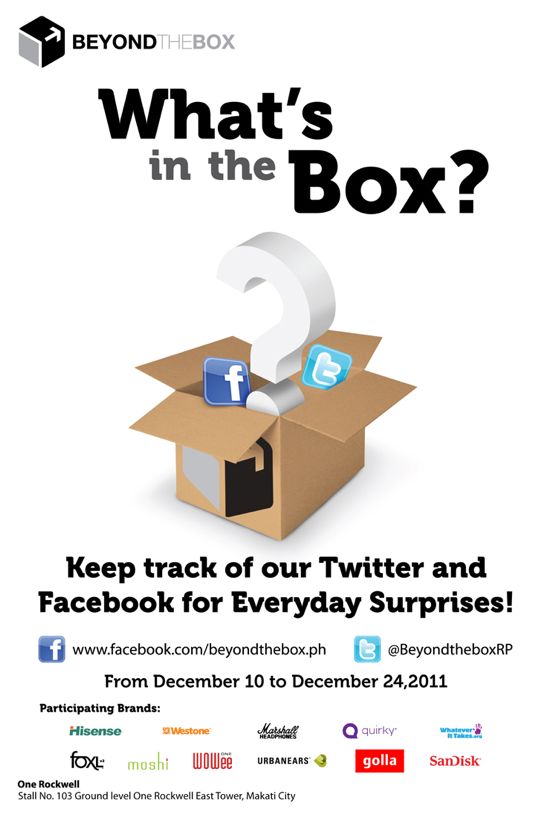 Promo Alert! Daily Deals at Beyond the Box One Rockwell Store!

Group Buying and Daily Deals Websites in the Philippines