Daily deals company LivingSocial just purchased Ensogo, one of the biggest deals sites in the Philippines which also operates in Thailand.  Apart from Ensogo, LivingSocial has acquired DealKeren, an Ensogo company based in Indonesia, and GoNabit which is based in the Middle East.  The deals brought the total number of countries in which LivingSocial operates to 21.  Ensogo is the first LivingSocial acquisition in Asia. 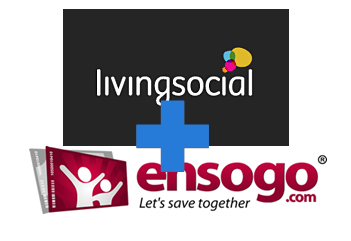 “As with previous acquisitions, LivingSocial has again chosen to align with local companies that possess similar values and ways of doing business,” said Tim O’Shaughnessy, CEO and co-founder, LivingSocial. “We are excited to enter the dynamic Asian market and our presence in the Middle East and the Netherlands further strengthens our strategic global efforts to bring LivingSocial values to members across the globe.”

Officially launched in June 2010, Ensogo is a top social shopping website in Thailand, Philippines, and Indonesia and reportedly serves more than 800,000 members.   LivingSocial seems to be following the expansion strategy of Groupon, now considered to be the biggest group-buying company in the world.

Group Buying and Daily Deals Websites in the Philippines