Nokia recently announced a new mapping service simply called HERE.  It’s a cloud-based mapping service that is intended to work across operating systems on multiple devices.   The HTML5-based Here app is available now on browsers and will work on any PC running Internet Explorer, Firefox, or Chrome and Macs that run Safari, Firefox or Chrome. For mobile devices, Here will also work on iOS and Android browsers. 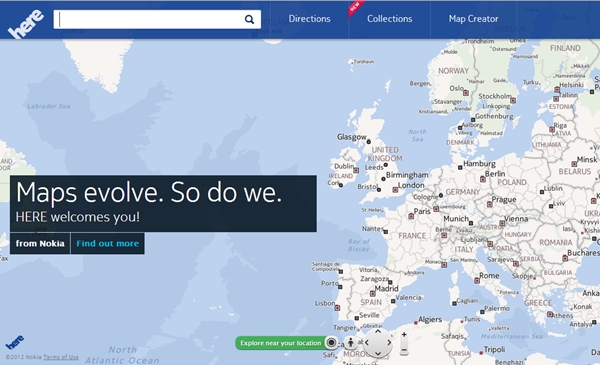 Nokia’s Here service will use the 3D mapping technology from the company Earthmine which it recently acquired.   This will help improve the Here experience with 3D renders possibly something similar to Google Maps’ Street View. There’s also a new Map Creator tool which will let people assign information and details to Nokia’s original maps and satellite photos.

With the launch of Nokia’s Here service, iOS users will now have another alternative to the much-maligned iOS Maps app.  This should be a more welcome option for Apple instead of having to rely on a native Google Maps app which up until now remains to be a rumor.