French company Archos just launched another Android tablet and this time, it’s aimed at iPad users.   The new tablet features a 9.7 inch IPS display with 2048×1536 pixels which is quite similar to the display of the iPad 4.  The tablet is called the Archos 97 Titanium HD but apart from the nice display, the rest of the specs are quite unimpressive.

The Archos 97 Titanium HD sports a 1.6GHz dual-core A9 processor paired with quad-core GPU (Mali 400 MP4) and 1GB of RAM.  With these specs, the tablet is obviously not a speed demon but it should be enough to run most apps smoothly.  If this was launched months ago, this would warrant a hefty price tag but with the current crop of tablets, the 97 Titanium HD should qualify as a mid-range tablet. 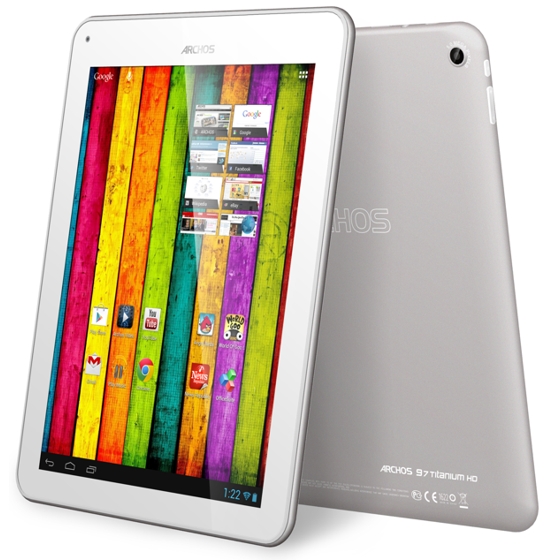 The rest of the main specs include a measly 8GB of internal memory with microSD card support, a 5-megapixel rear camera, a 2-megapixel front camera and Wi-Fi connectivity.  The tablet runs Android Jelly Bean and Archos bundled the tablet with proprietary apps like the Archos Media Center and OfficeSuite Viewer.  The price of this tablet is still unknown so until Archos announces the price, we couldn’t say if this will be a hit or not.