This week not only did RIM change its name to BlackBerry, it also officially introduced a new OS called BlackBerry 10.  Along with the introduction of this new OS, it also unveiled two handsets, the BlackBerry Z10 and the BlackBerry Q10.  The BlackBerry Z10 is the most important of the two, it being a full touch screen device and therefore the company’s answer to industry leaders iOS and Android.  The BalckBerry Z10 is quite reserved in terms of looks, and is quite honestly quite similar to the iPhone in overall appearance.  It distinguishes itself from having a slightly larger 4.2-inch screen and from not having a physical home button.

In terms of specs, it doesn’t really offer something record-breaking.  It’s rather safe, yet it presents a fast and capable device overall.  We’re looking at a handset that packs a 4.2-inch 1280 x 768 display (356 ppi), a 1.5GHz dual-core Snapdragon S4 Plus processor, 2GB of RAM, an 8-megapixel rear camera, a 2-megapixel front camera, a removable 1,800mAh battery and a microSD slot for storage expansion.  The BlackBerry Z10 also features NFC, WiFi a/b/g/n, Bluetooth 4.0 and LTE.  It’s therefore not a beast compared the huge Android phones that came out recently, nor is it a beast in performance compared to the quad-core handsets that’s quite common nowadays. Overall though, it should still be fast.  And if early reviews are to be believed, the BlackBerry Z10 should be fast enough especially with the new BlackBerry 10 OS running the device.  Here are some of the reviews so far, and most of it are positive.

The Verge gave the BlackBerry Z10 a 7 out of 10 score.  It says that the Z10 is a god phone and better than what’s expected of RIM at this stage but the problem is, it does not offer anything better than the competition.  It was however praised for its good hardware, with a focus on how it felt good in the hand.  The 4.2-inch display of the Z10 is also praised, with CrackBerry saying that the Z10’s screen is comparable to that of the iPhone 5 and is even better than the display on the Samsung Galaxy S3 and the Lumia 920.

Engadget says there’s really nothing to love about the BlackBerry Z10, saying that nothing about it “stands out as class-leading and, while the BB10 OS does have a lot of charm and brings all the best productivity-focused attributes of BlackBerry to bear in a much more modern package, the app selection is poor and the gestures here aren’t so good that they make up for that major shortcoming.”  It acknowledges though that the BlackBerry Z10 is “a huge step out of the dark ages.”  CNET praised the BlackBerry Z10, saying that it’s what BlackBerry fans need, but also acknowledging that “it’s not quite enough to draw committed iPhone or Android owners.” 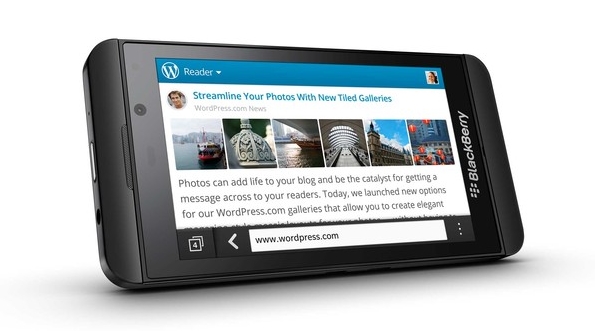 One of the best features early reviewers liked about the BlackBerry Z10 is the software keyboard.  People say BlackBerry Z10 has the best software keyboard around, beating iOS and Android.  The Wall Street Journal  says it is “the best and fastest out-of-the-box virtual keyboard” and it’s even “faster and more accurate than either the native keyboards on the iPhone or Android.”  The New York Times agree, calling the BlackBerry 10’s predictive typing feature “freaky and brilliant and very, very fast.”

Where the BlackBerry Z0 failed in early reviews is in camera quality and in battery life. The Z10 turned out to be inferior than the cameras on the iPhone 5, Galaxy S3 and the Lumia 920. This is according to the test done by CrackBerry. The test says the BlackBerry Z10 did not do well in low light conditions.  The battery life also did not get good reviews so this should be a consideration if you are waiting for this phone to hit the Philippines.  Of course, it should also matter that right now, BlackBerry 10 do not have all the apps that people use on the iOS and Android.  It may take a while for apps to become available.