Remember the game Draw Something?  It used to be popular but it suffered a massive decrease in users after it was acquired by Zynga. Draw Something requires you to connect with other players, the gameplay being as simple as drawing something for the other players to guess.  The game proved to be boring after a while so it’s surprising that it now has a sequel called Draw Something 2.

Draw Something 2 is now available for download, but only for iPhone and iPod Touch owners for now as it’s only available on the App Store r now.  There’s a free version if you don’t mind seeing ads once in a while, and there’s a premium version, without ads of course, that goes for $2.99. 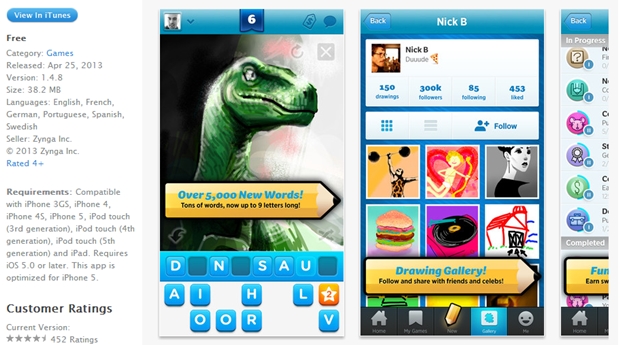 With Draw Something 2, the game is drawing game is expected to get a shot in the arm but for how long it will become relevant again is anybody’s guess.   Draw Something 2 has new features which will definitely make the game feel new.   The game has new tools, patterns, stamps and colors.  It also now has a Gallery mode if you want to save your drawings for others to see.  Over 5,000 new words have reportedly been added so that should give users many chances to practice their drawing skills.

Draw Something 2 will surely be available on Android in the future, the same way the first game was eventually made available on the platform after being an iOS exclusive for some time.