The Nokia Lumia 920 is a fantastic piece of hardware but most users find it thick and heavy.  Nokia just solved that issue with the launch of the new Windows Phone 8 device, the Nokia Lumia 925.

This new Lumia is different from the other phones in Lumia range.  It does not have a full polycarbonate body and instead, it has an aluminum casing. The design is sleek and beautiful, the same way the iPhone and the HTC One are. The phone is not all aluminum though.  Only the outer frame is made of aluminum since the rear is still made of polycarbonate.  The polycarbonate back comes in white, grey or black. If you want something colorful, you can use the wireless charging cover which can be clipped onto the back of the phone.  The covers come in white, black, yellow, and red. 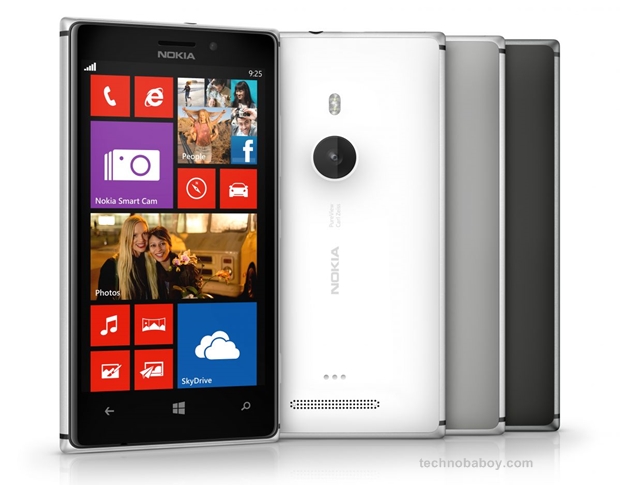 Apart from changing the design of the Lumia 920, Nokia also introduced improvements to the Lumia 925’s camera.  The phone brings improvements when it comes to taking low light images. It also offers the new Nokia Smart Camera mode which is a way of capturing ten images at once with editing options like Best Shot, Action Shot, and Motion Focus.  It also has Hipstamatic’s new app called Oggl.

The hardware for the Lumia 925 is practically the same as that of the Lumia 920.  The Lumia 925 features a 1.5 GHz dual-core Snapdragon processor, 1GB of RAM, 8.7-megapixel rear camera, 1.2-megapixel front-facing camera and 2000mAh battery.  The screen is now a 4.5-inch AMOLED WXGA display with 1280×768 resolution and the internal storage is lower at only 16GB.