Windows 8 was a necessary update for Microsoft but it received mixed reviews from users.  It had a lot of missing features and did not feel like it was one cohesive product.  It was as if Microsoft hastily incorporated touch gestures and a fresh UI to its operating system but did not really know what to do with it moving forward.  What Microsoft was only sure of, it seems, is that it had to make Windows relevant in a world where touch-operated displays are the norm.  Thankfully, Microsoft was listening to the complaints and suggestions of users.  The result is Windows 8.1 which is really a major update considering the features Microsoft added to the OS.

One of the most heated debates with Windows 8 was the removal of the Start button which has been present in all versions of Windows before Windows 8 came along.  In Windows 8.1, the Start button is back and you can almost hear a uniform sigh of relief from fans of the button.  The tiles can now be resized to more sizes, the most notable of which is the large tile which obviously can hold more information.  There is also a quick access to the list of apps which is by an upward swipe gesture on the menu.  This was not present in Windows 8. 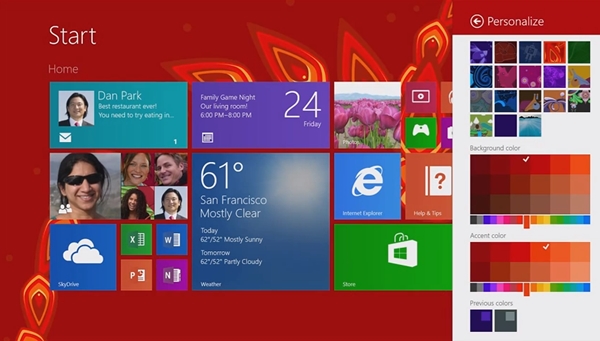 Another important update on Windows 8.1 is the ability for users to boot directly to the desktop.  Before the update, booting Windows means you go straight to the Start Menu.  Another improvement when it comes to aesthetics is the addition of dynamic backgrounds which are also more customizable on Windows 8.1.

Before Windows 8.1 also now allows better customization when it comes to resizing windows which now supports 50/50 split view, for instance.  The OS also now makes it possible to set up multiple monitors.  There are other improvements and a lot of them are on the core Microsoft apps.  For more details on the update, watch this video.