The Nokia Lumia 1020 with the rumored EOS camera has been leaked by Windows Phone Central ahead of its rumored launch.  The Lumia 1020 will allegedly pack a 41-megapixel camera which, by current mobile phone camera standards, is astounding.

The Nokia Lumia 1020 will have a F2.2 aperture and will be supported by Xenon and LED flash for those needed low light shots.  It will also feature optical image stabilization and a Pro Camera app that’s said to have settings for controlling ISO, white balance, manual focus, shutter speed and flash. 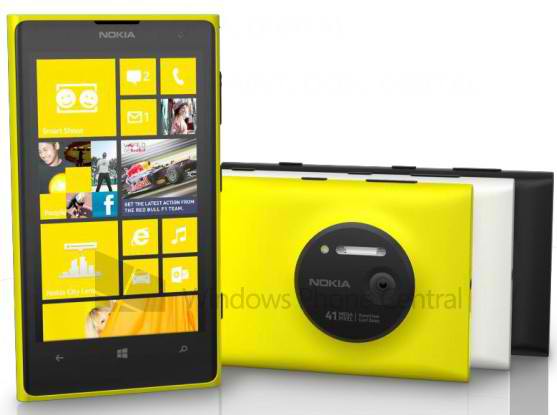 Here are the rumored specs and features of the Nokia Lumia 1020.

Windows Phone Central says that the Nokia Lumia 1020 will be priced at around $602 and it will be available in yellow, white and black colors.  It will reportedly be released this July.  Personally, I think the rumored pricing is reasonable for a camera with this features.