With the refresh of the Nexus 7 tablet, Google has a solid offering that has a very good chance at taking the crown from the iPad mini as the best tablet on any platform.  The newly announced Nexus 7 (2013) simply has the better screen, the better price and also the better processor and the bigger RAM compared to the iPad mini. 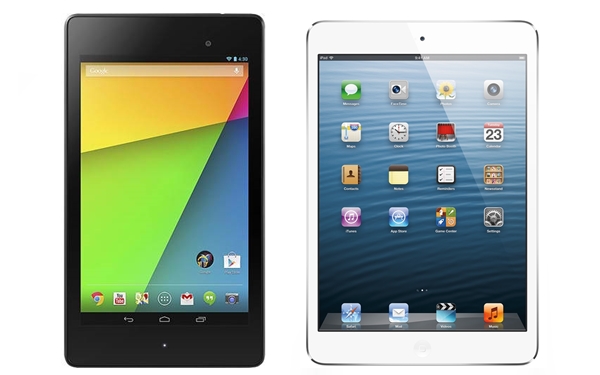 In terms of pricing, the new Nexus 7 is priced at a cheaper $229 compared to the more expensive $329 iPad mini.  The two tablets have similar 8-megapixel rear cameras and 1.2-megapixel front facing shooters.  The only advantage of the iPad mini over the new Nexus 7 is the screen size since it has a 7.9-inch display compared to the smaller 7-inch display on the latter.

Here are the specs comparison between the Nexus 7 (2013) and the iPad mini.

The Google Nexus 7 (2013) is clearly better than the iPad mini, in terms of hardware that is.  The OS platform is a different matter altogether.