Samsung just unveiled a smartphone using a curved display. It’s touted as the first phone to feature such a display, although the Galaxy Nexus which had a slightly curved display.  The new phone phone is called Samsung Galaxy Round and it runs Android as expected.  Personally I don’t think this feature is something users want as it’s easy to just pick up the phone and look at the information on the display.  Furthermore, a curved display presents too many tradeoffs, the first of which is the reduced level o comfort and the uneven screen properties.

For hardware specs, the Samsung Galaxy Round packs a 5.7 inch Super AMOLED display with 1080 x 1920 resolution and is powered by a quad-core 2.3GHz processor paired with 3GB of RAM.  This is almost identical to the specs of the Galaxy Note 3.  The Galaxy round will be powered by a 2800mAh battery.  The phone will also have a 13MP rear-facing camera. 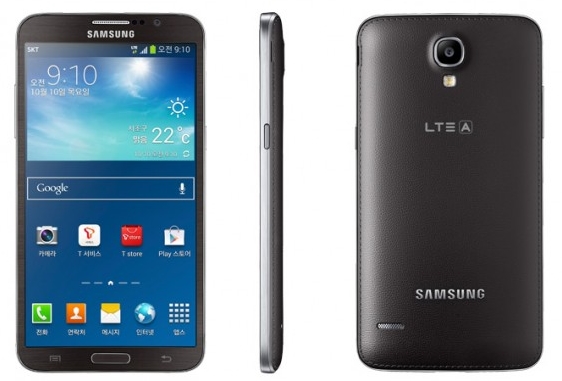 One of the features that benefits from the curved display of the Samsung Galaxy Round is what Samsung calls the “roll effect”.  What this feature does is when you push the phone downward on one side, it shows information like the time, missed calls and battery level.

Here is a video that features the Samsung Galaxy Round’s so called Roll Effect.

There is another feature of the Samsung Galaxy Round that uses the word “effect”.  It’s called Gravity Effect and this one offers “visual interaction” with the phone’s display. For instance, the curved nature of the phone can be used to select tracks when the music player is running.  To select previous track, you just need to tap the left side and to select the next track, you then push down the right side.  Another feature that takes advantage of the curved display is what Samsung calls Side Mirror.  When you tilt the phone to the left or right, you can access photos and videos in the phone’s gallery.

The Samsung Galaxy Round appears to come at an expensive price.  It is expected to retail for about $1013 if the Korean launch and pricing is any indication of the handset’s actual international pricing.  For this price, what you get is a bunch of tricks that may turn out to be just tricks and offer no real practical use in real world situations.

LG is reportedly working on its own curved display and will be releasing a curved device soon.  Let’s wait for LG’s announcement and see which manufacturer offers the better product.