LG finally made official the LG G2 Mini. Unfortunately, its not a smaller version of their flagship, but rather a mid-range device with mid-range specs. The G2 mini will feature different chipsets for different markets and will come with either a 1.2GHz quad-core Snapdragon 600 or a 1.7GHz  Nvidia Tegra 4i. Other specs include a 4-7-inch qHD display (540×960), 8GB of storage (+microSD), 1GB of RAM, an 8MP rear cam, 1.3MP front cam, Wifi, Bluetooth 4, GPS, 4G support, and NFC (for the LTE variant). The smartphone will be powered by Android 4.4 KitKat, and a 2,440mAh battery.

G2 Mini will also have LG’s “premium UX features”, such as Plug & Pop, Clip Tray and Capture Plus. Also mentioned was “Guest Mode”, which enables the user to restrict access to some features.

With the exception of their icons, I am beginning to like what LG has been releasing. With their exceptional screens and outstanding battery life, its hard not to look.

More information about the G2 Mini will made available in next week’s MWC. It will begin its global rollout in March. 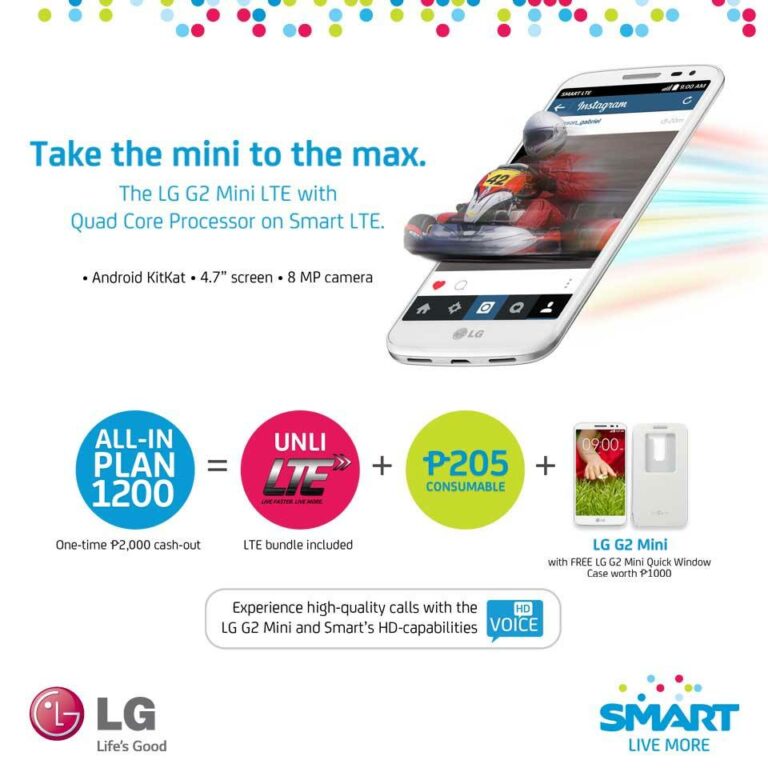